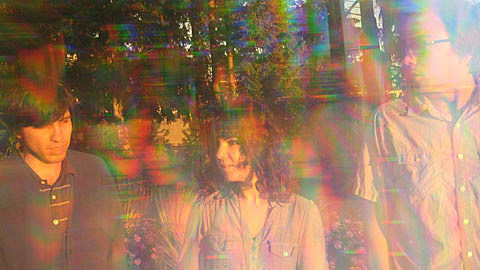 It's year three of the Northside Festival, which for one weekend a year makes Williamsburg's music scene just a little crazier than it already is. This first night (tonight) is maybe the strongest overall, in that there are a lot of great showcases set up where -- if you don't have a badge -- you can stay put and get a quality night of music. Or if you do have a badge ($70 bucks, a good deal if you plan on going all four nights) -- some tough decisions. These are my personal picks, and not a comprehensive guide. Clearly lots more is going on (and even more shows that aren't part of Northside). 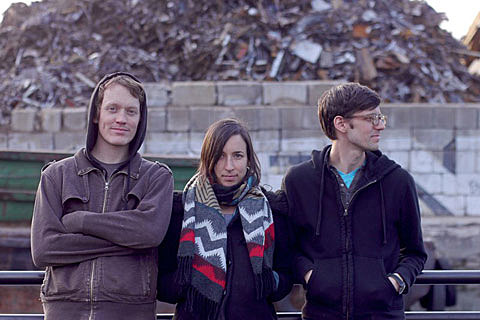 NYC Popfest has put together a really good show at Bruar Falls tonight featuring Eternal Summers, Reading Rainbow, The Secret History and Seapony. I highly recommend all four bands, but do consider going early (8:30) for Seapony who are here from Seattle and should appeal to those who covet 7"s from Sarah and Creation Records. MP3s from Seapony and Eternal Summers are at the top of this post.

Over at Union Pool,  Tiger Mountain booking (aka Skippy who books the Rock Shop) has a quality line-up of locals for ya. If you're looking for a great way to kick off your night, go here at 7:30 for Hospitality who make winsome but not unmuscular pop. Highly recommended. Later on in the evening is '90s indie rock loving Radical Dads whose great debut, Mega Rama, was released this week. (But not on vinyl...boo!). Pursesnatchers (Doug from Dirty on Purpose's band) finishes the night. Also playing: Lady Lamb the Beekeeper and Indian Rebound. 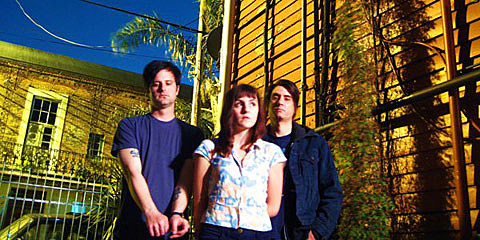 Meanwhile at Public Assembly the good folks of No Fun Productions, The Bunker and Wierd Records, have an evening of minimal synth, coldwave, industial and other dark arts planned. Performers include noise and sound artists Rene Hell and Carlos Giffoni; the ethereal, danceable sounds of Laurel Halo; synthpop traditionalists Xeno & Oaklander who make their music with seriously old-school sequencers and keyboards (patch bays are involved); and New Orleans' Kindest Lineswho make pop music that should appeal to fans of early New Order (and, yes, The Cure).  There's also a host of acclaimed DJs spinning in-between sets. 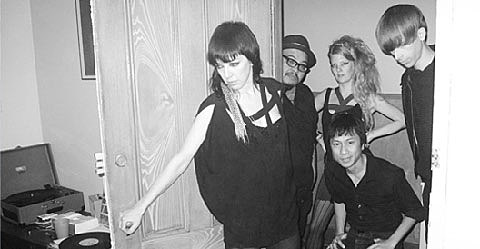 Primo Chicago garage label HozAc Records is hosting the debauchery at Shea Stadium tonight, with Xray Eyeballs (who also play the Kanine show Friday at Knitting Factory), the K-Holes, Making Friendz and My Teenage Stride in there as well to pop things up a bit.

Again, just my picks. Do go see some music tonight! 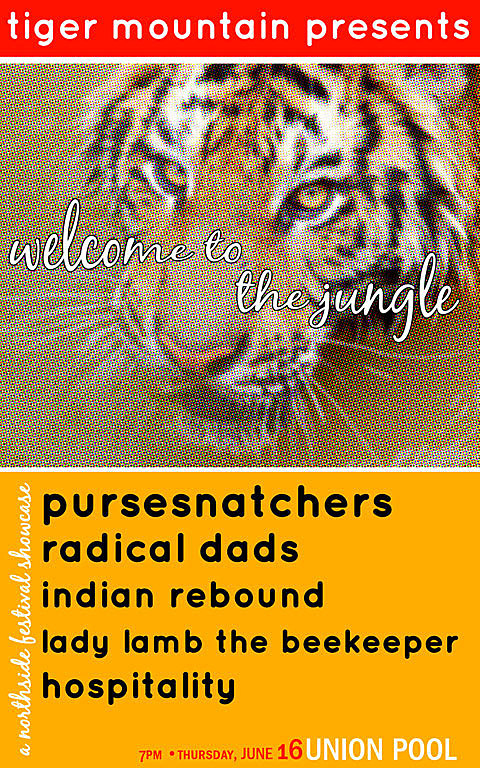 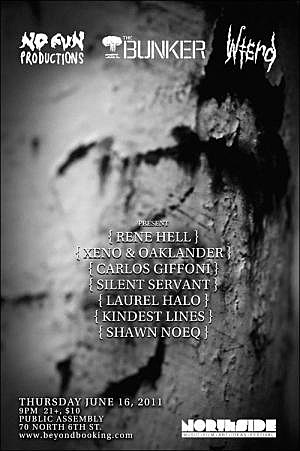