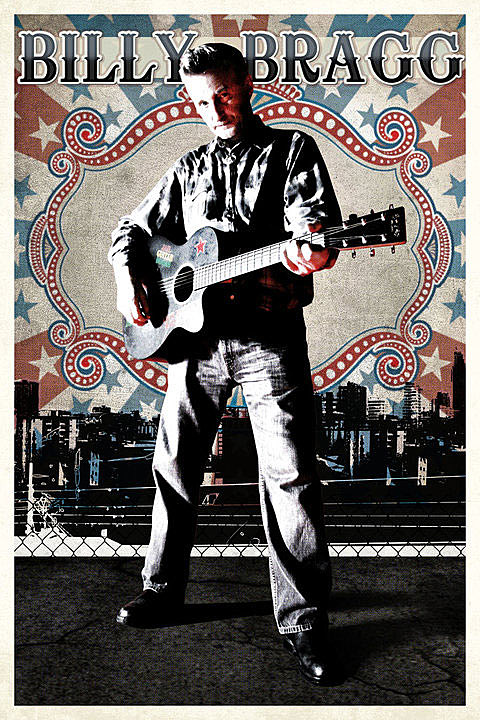 As previously mentioned, but in the words of a new article in the Wall Street Journal:

On Wednesday, Richard Robbins will take his two daughters, Ava, who is 5 years old, and Ella, who is 3, to the Damrosch Park Bandshell, where they will join the British singer-songwriter Billy Bragg and an anticipated crowd of 5,000 in a giant sing-along. It's called the Big Busk, and if Mr. Robbins gets his wish, one of the 10 or so tunes they'll all perform will be "Paradise City," by 1980s hard-rockers Guns N' Roses.

"Where better than Lincoln Center for Billy to release his inner Axl Rose?" asked Mr. Robbins, a 42-year-old digital strategist for a Manhattan public relations firm. The song isn't the most obvious that one would associate with Mr. Bragg, a post-punk folkie known for his activist political stances. It just happens to have a chorus that Mr. Robbins's little girls love to sing. And that's the whole idea.

To busk is to play music on the street or subway, likely with an instrument case laid open so passersby can toss money in appreciation. Mr. Bragg, who is 53 years old, supersized the venerable troubadour tradition in 2007 when he staged the first Big Busk at the reopening of the Royal Festival Hall at the Southbank Centre in London. It's become a biannual tradition there, with audiences invited to bring acoustic guitars or other instruments, or simply join in the chorus, as Mr. Bragg and his band play familiar songs limited to four or fewer simple chords.

On Wednesday, Lincoln Center will launch the summer season of its Out of Doors series with an American edition of the hootenanny in Damrosch Park.

Billy will also be playing three shows at City Winery while he's in NYC. All three are now sold out though City Winery's site says "More tickets have become available. Please call 212-608-0555 Ext 472."