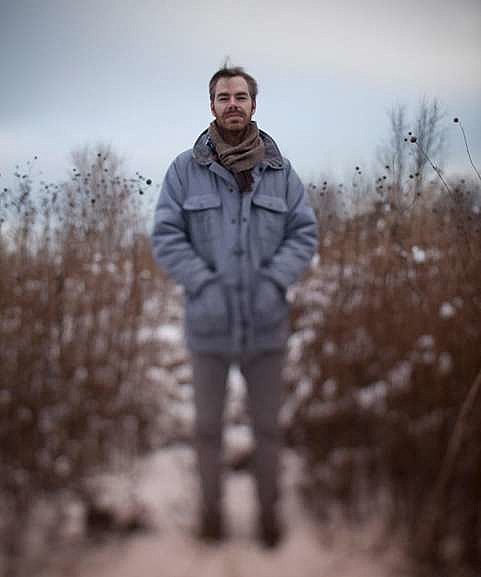 Brooklyn's Nate Kinsella -- who has been a member of Joan of Arc with his cousins Tim and Mike Kinsella, Make Believe with Tim, and has assisted Mike with his Owen project, among other bands/projects -- records solo material under the moniker Birthmark. He recently released, Antibodies, his third album for the project and first for Polyvinyl Records (where most Kinsella projects tend to call home). Like other projects Nate has been involved in, Antibodies embraces playfully weird indie pop but is more relaxed than the math-based Joan of Arc or Make Believe. You can stream the entire album HERE and download two of its tracks, "Stuck" and "Shake Hands," above.

Birthmark played a record release show for Antibodies this past May at The Stone in NYC. Check out a video of Nate performing "Please Go Away" accompanied by string players, percussionists, and other instrumentalists at that show below. Nate is continuing to tour in support of the album, and he'll be back in NYC for two more shows which happen on August 17 at Pianos with Phone Home, Big Black Delta, Late Guest at the Party, Leaves of Green, and one more TBA, and August 18 at The Rock Shop. Tickets for the Pianos show and the Rock Shop show are on sale now.