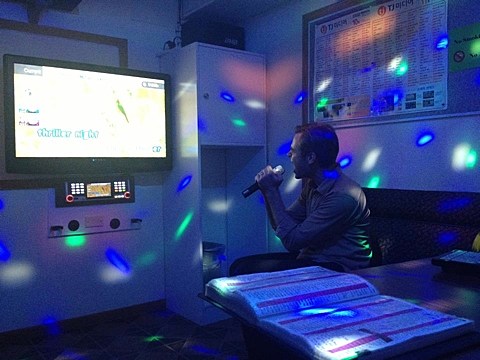 Birthmark, the solo project of former Joan of Arc member Nate Kinsella, followed 2012's Antibodies LP with a new 7" earlier this year that featured the tracks "Drum Song 2" and "Big Heart." If you like your indie rock with slight modern classical embellishments, these tracks are for you. You can stream them below.

Birthmark is set to open the NYC stop on Japanese post/math-rockers Toe's first-ever North American tour, which happens on September 27 at Glasslands. Unfortunately, that show is sold out, but if you didn't get tickets you can still see Birthmark in NYC when he plays his own show at Grand Victory on July 29 with Stephen Karl, David Milone, Universe, and Jeremy Yocum. Admission for that show is $8 at the door. Those two shows are Birthmark's only announced dates at the moment.

In related news, Nate's cousin Tim, who still spends his time leading Joan of Arc, is bringing that band to NYC when their previously discussed tour hits NYC for two shows with Co La in August: 8/25 at Shea Stadium (tickets) and 8/26 at Mercury Lounge (tickets).