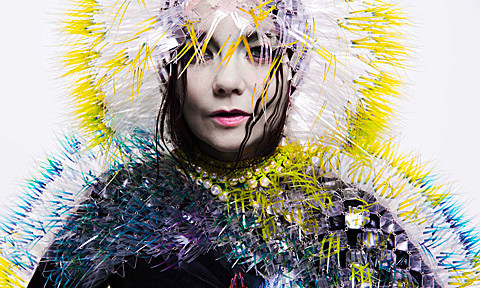 Bjork's upcoming run of NYC shows starts in a few weeks and there have been a few changes to her schedule. The previously announced final show in her run on April 4 at City Center has been cancelled and, due to other commitments, cannot be rescheduled. However, Bjork has added two shows at the newly-renovated Kings Theater on March 18 (8 PM) and March 22 (3 PM). Tickets to the Kings Theatre shows go on sale Friday (2/20) at noon with a presale for people who had City Center tickets that starts Wednesday (2/18) at noon.