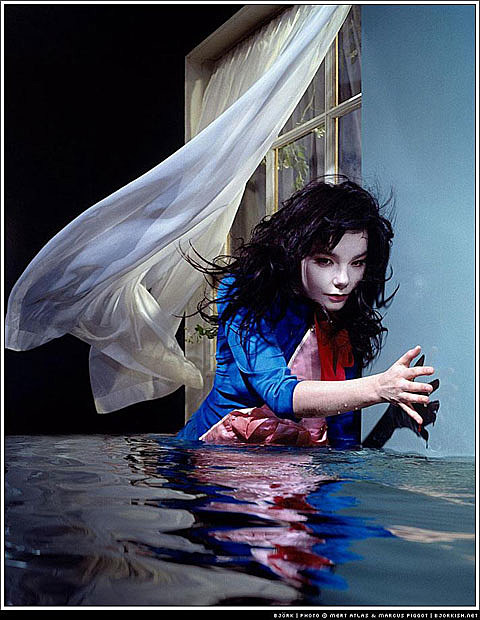 Björk--whose ten-night Biophilia residency in New York City begins this Friday night--will be the guest on tonight's episode of The Colbert Report. Tune in to Comedy Central starting at 11:30 PM ET tonight (1/31) to see Björk perform "Cosmogony" from the album Biophilia.

Björk will also talk with host Stephen Colbert about the Biophilia multimedia project: the album, released last fall; the Apps, which were released through iTunes in conjunction with the album; the educational series featuring interactive science and music workshops for school children; and the residency, which includes six shows at the New York Hall of Science in Queens and four at Roseland Ballroom in Manhattan.

This (Colbert) should be good.