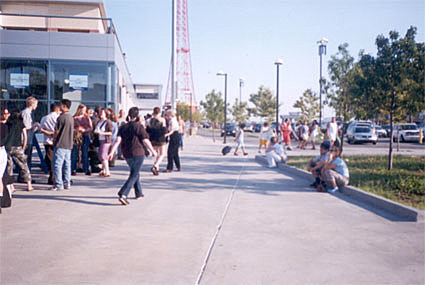 I'll never forget showing up late to the Bjork / Sigur Ros in Brooklyn five years ago. I was upset that I was missing it, but hearing the unmistakable music of Sigur Ros pouring out of Keyspan Park on to the streets (and boardwalk) of Coney Island completely made up for it. It's what I remember most about the show.

Bjork and Sigur Ros just announced another show together, but this time it will be in their shared home-country of Iceland.... 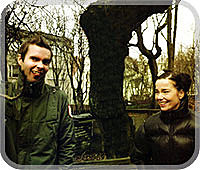 björk and sigur rós will be holding a large outdoor concert together in reykjavík on june 28th. the concert will be held to raise awareness for environmental issues in iceland.

in an interview in today's morgunblaðið newspaper, björk criticizes the increasing heavy industry in iceland, particularly the highly pollutant aluminum smelters being built left and right.

"sigur rós and i are neither environmental experts nor politicians, but we travel around the world a lot and we have seen how far behind iceland is in conserving our environment. for example, i was in south america for two months and you could see all these impoverished people recycling. we can't be 30 years behind; we need to be in the forefront."

sigur rós and björk will also be teaming up to create a website with input from experts on the icelandic environment, focusing on alternatives to heavy industry for the icelandic economy.

joining them on stage will be ólöf arnalds as well as foreign guests to be announced later. the precise location of the concert will be announced at a later date. [www.sigur-ros.co.uk/news/]

PREVIOUSLY: SIGUR RÓS : Gobbledigook (watch it & get it while it's hot)