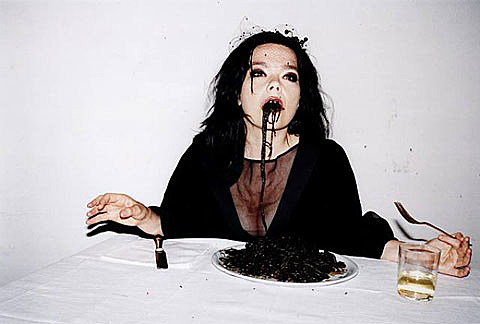 We're still waiting for Bjork to announce those US Biophilia shows. Meanwhile Travis Sullivan's Bjorkestra can be heard at the Bell House in Brooklyn tonight (11/16). "The Travis Sullivan Quartet will be kicking the evening off with a short set of Sullivan originals, followed by an evening of Sullivan arrangements with the 12 piece band!"

Speaking of Kate Bush, she has a new album out in less than a week that is streaming online now.