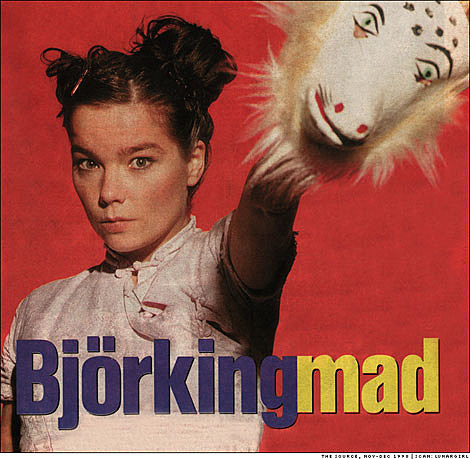 The Icelandic environmental documentary Nattura-Summer 2008 [was] released exclusively on iTunes on March 10 (One Little Indian) via an exclusive digital distribution partnership with E1 Entertainment Distribution U.S. The film focuses on the current environmental issues that face Iceland and includes interviews with Björk along with many other well-known Icelandic figures. All proceeds from the documentary will benefit the Nattura Campaign.

Directed by Charlie Lightening, Nattura-Summer 2008 focuses on the proposed plans to increase the use of aluminum smelters as a means to harness Iceland's natural energy. As an alternative to these industrial practices, the documentary offers innovations and attempts to reinvigorate a larger discussion and debate on these key issues. In addition to Björk's commentary, the film features interviews with well-known Icelandic politician and environmentalist, Ómar Ragnarsson, as well as Andri Snaer Magnason. Magnason is the author of the award-winning, best-selling book, Dreamland: Self-Help Manual for a Frightened Nation, which offers a detailed critique of the Icelandic government's current energy-harnessing practices.

The documentary continues Björk's close involvement with the Nattura Campaign, which was founded in an effort to generate alternative, sustainable and eco-friendly ways to utilize Iceland's natural resources. In Björk's own words, "It is now more important than ever before to emphasize a respect for nature...I believe that profits, technological advances and working together with nature can all go hand in hand. None need to be sacrificed at the expense of the others."

If you weren't able to get tickets to the upcoming Bjork / Dirty Projectors show at Housing Works Bookstore, "In addition to online ticket sales at www.housingworks.org/bookstore. There will be a very limited number of $50 tickets for sale by lottery at Housing Works Bookstore in SoHo and select Brooklyn locations on April 15. Online auctions begin April 10 for front row tables for two."

In related news, Dave from Dirty Projectors will NOT be performing with Bang on a Can on April 2nd.