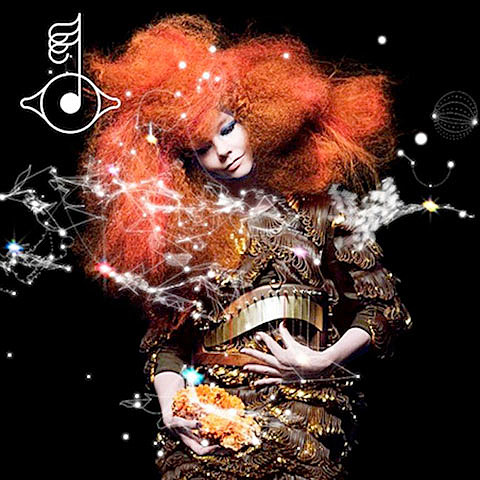 Not only is Bjork playing those four shows at Roseland, but they are in the round, and she's also playing six more at The New York Hall of Science in Queens in February. That's 10 NYC shows total! More details and exact dates below...

--
HERE ARE THE DETAILS:

In partnership with The Creators Project and the New York Hall of Science, Björk is set to bring her live Biophilia show to New York City for a special 10-night residency. Six performances will take place at the New York Hall of Science, (http://www.nysci.org/) New York City's only hands-on science and technology museum (located just across the Grand Central Parkway from Arthur Ashe Stadium and Citi Field in Flushing Meadows, Corona Park). There will also be four performances in the round at Roseland Ballroom (www.livenation.com) located at 239 West 52nd Street.

Biophilia premiered this past summer at the Manchester International Festival (MIF) in England to great acclaim including The New York Times featuring the performance in their "Concert Highs of 2011", followed by a sold out residency in Bjork's hometown of Reykjavik, Iceland. Initially commissioned by MIF, the intimate performance finds Björk accompanied by a set of unique musical instruments created by a team including an Icelandic organ builder and a graduate of the MIT Media Lab. Among these creations are four 10-foot pendulum-harps, a midi-controlled pipe organ celeste re-fitted with bronze gamelan bars, and twin musical tesla coils. The performance also features an award-winning 24-piece Icelandic female choir and visuals from the Biophilia Apps with app developer Max Weisel performing on stage alongside Björk and musicians Manu Delagu and Zeena Parkins. Tickets go on sale January 13 at 10:00 a.m. through Ticketmaster.com and Ticketmaster charge by phone at 800.745.3000.

In addition to the Bjork's live performance, she will collaborate with the New York Hall of Science on a three-week-long Biophilia education series. Featuring interactive science and music workshops for middle-school children, the series leads students on an intensive study of the scientific concepts at the core of Biophilia's songs, including crystalline structures, lunar phases, viruses and more. Students will also learn to use the Biophilia apps as tools for music composition. This program has been incorporated into the Icelandic school syllabus. The series debuted at the Manchester International Festival and a version of the program will also tour to major European festivals including Roskilde, Oyez and the iTunes Festival in London.
Björk has collaborated with app developers, scientists, writers, inventors, musicians, and instrument makers to create a unique multi-media exploration of the universe and its physical forces--particularly those where music, nature and technology meet. The project is inspired by and explores these relationships between musical structures and natural phenomena, from the atomic to the cosmic. "Biophilia's songs are astounding," raves NPR. "These songs have room to breathe, employing space and silence as much as melody and harmony. The sparse instrumentation and arrangements become gorgeously intricate meditations on which to build...vocal melodies unfurl more like transcendent devotionals than typical verses, and become even more stirring when accompanied by a chorus of voices that could fill a cathedral."

Each performance will feature songs from Biophilia, Björk's most interdisciplinary project to date. Stereogum raves that "Biophilia is one of 2011's best releases...the songwriting is sharp, the feel immediate and enveloping." The 10-track album, out now on One Little Indian/Nonesuch Records, is available digitally, in CD format and on vinyl. Additionally, each of the 10 songs are available as a special feature of the Biophilia App for iPad, iPhone, and iPod touch. Biophilia was named one of 2011's Best Apps by Apple and landed on year-end best-of lists from NME, Mojo, The Observer and Uncut, among others. The newly updated 1.4 version is available through In-App Purchase, exclusively at iTunes (www.itunes.com) and the App Store (www.itunes.com/apps/biophilia). Biophilia 1.4 is a new simple way to buy the entire app album upon launch; a special offer for the dedicated fans who bought apps before the full album was released, and iOS 5.0 enhancements and bug-fixes.

The Creators Project is an ongoing global arts and technology initiative created by Intel and Vice in order to support visionary artists, musicians, and filmmakers who are using technology to push the bounds of creative expression. The Creators Project will be presenting Biophilia, and supporting the development of the education program for the US. Content around the Biophilia project will be available at thecreatorsproject.com