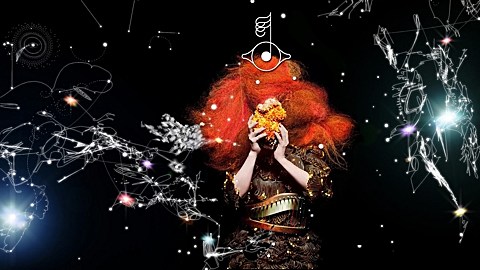 Bjork is bringing her Biophilia live show back to North America this year for previously discussed appearances at Bonnaroo and Pitchfork Festival, and she's just announced that while here she'll also do some California shows in May and June and two Canada shows (including Ottawa Bluesfest) in July. Bjork's also bringing her Biophilia education series (which she's previously brought to New York and other cities) to California during her time there.

No East Coast dates have been announced but fingers crossed that she'll announce more shows! All dates are listed below...