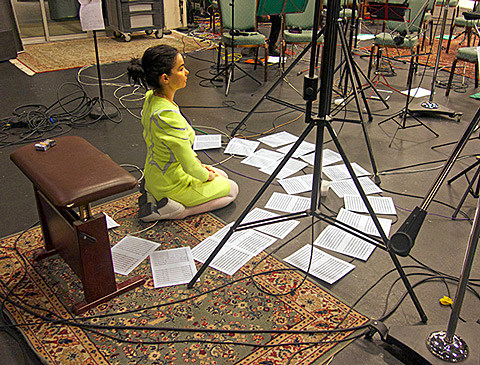 Björk's new album, Vulnicura, will be out in March. Though it's rare that an announced festival headliner announces more shows in the same town before the festival happens, it turns out she's actually playing SIX NYC shows before Governors Ball. Around the album's release (and during the same time as her MoMA retrospective), our favorite Icelandic artist will play at Carnegie Hall on March 7 & 14 (both noon matinees), and at City Center on March 25 (8 PM) and March 28 (noon matinee) and April 1 (8 PM) and April 4 (noon matinee). Tickets for Carnegie Hall and City Center will go on sale Friday, January 23 at 11 AM with a fan presale starting Monday (1/19) 11 AM.

Bjork tweeted that Arca, who contributed heavily to her new album, will join her at the matinee shows.

All dates, including Governors Ball, are listed below...