In case you were wondering what Bjork was wearing at United Palace Satuday night (May 5, 2007)... 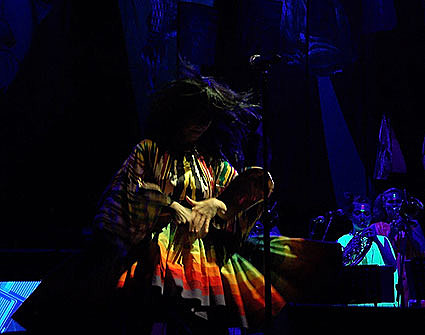 Compare that with her outfits at Radio City and Coachella.

Seriously though, another great show (don't take my word for it though - LISTEN TO THE WHOLE SHOW AT NPR).

The crowd ended up disappointing me a little though. Unlike at Bloc Party and the Stooges (Bjork was my third time at the new venue already), the United Palace security was making sure people stayed in their seats (and out of the aisles). I thought for sure everyone would disregard sercurity, and just fill the aisles and rush to the front during "Declare Independence" ("Don't let them do that to you!!"). I thought maybe we'd get a mini-revolution going (Create your own flag!). I was wrong. Show ended peacefully. Everyone gave a collective "that's it?", and then we all went home quietly and riot-free. 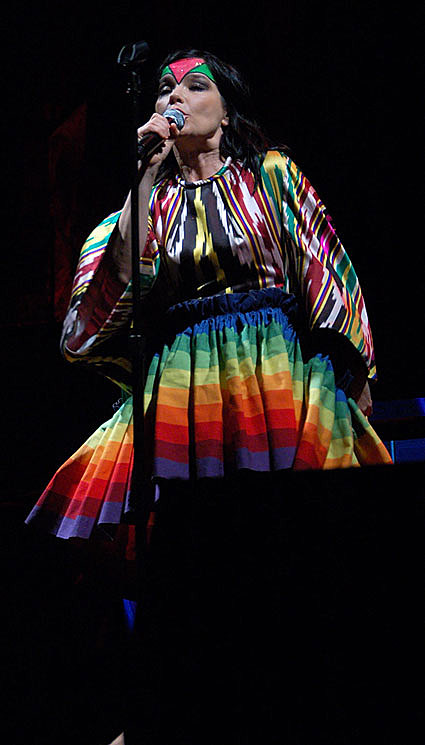 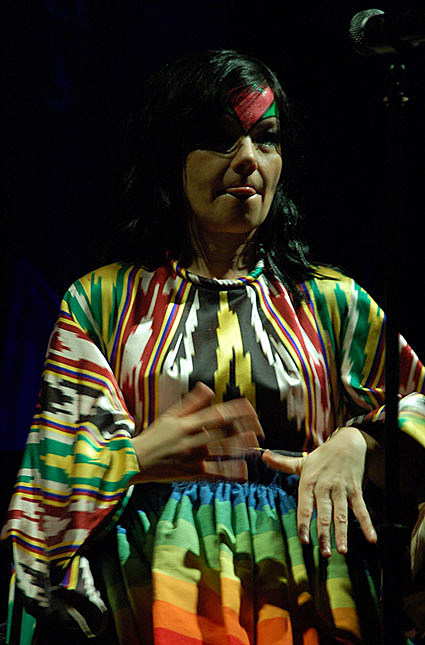 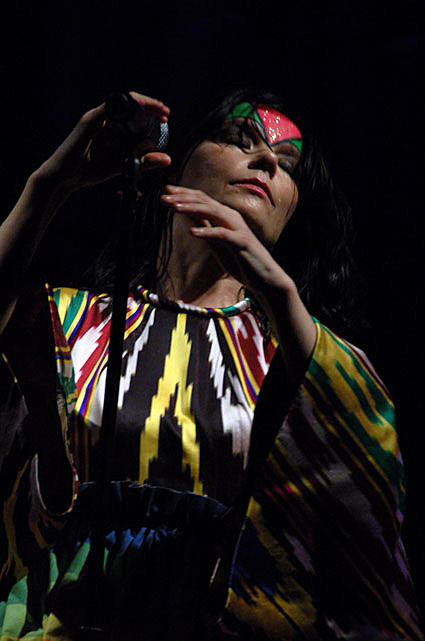 The next night Arcade Fire, Beirut, Final Fantasy and the rest of the indie world converged downtown at the Bowery Ballroom.