"Travis Sullivan, a New York jazz musician and founder of the Björkestra (an 18-piece ensemble that plays big band covers of Björk’s songs), thinks that it is this quality of stylistic ambiguity, the fact that “her music is forward thinking and doesn’t fit in any particular genre,” that makes Björk’s music so open to reinterpretation...." 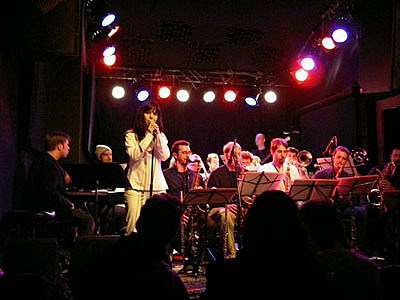 "...The New York music scene is not completely unfamiliar with Sullivan’s project. The ensemble debuted in 2004 at the Knitting Factory, and since then has played at Galapagos, Symphony Space, Makor and Joe’s Pub. Now, they are returning January 20th to play at the Bowery Ballroom, a place which might at first seem to be an atypical venue for a jazz band." [NY Press]