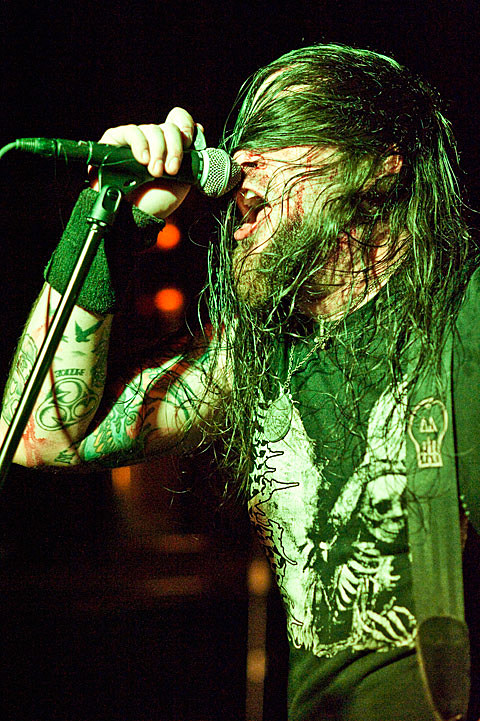 Black metal bruisers Black Anvil (now a four-piece!) and death-doom dealers Evoken will co-headline a BrooklynVegan-presented show at the end of the world, or at least when its prophesied to happen (12/21/12) at Saint Vitus. Joining them, each making their only NYC-area appearances until the new year (if there is one), will be performances from Teloch Vovin, Penetration and Leech. Tickets are on sale. At least if we're all going down, we'll all go down the right way.