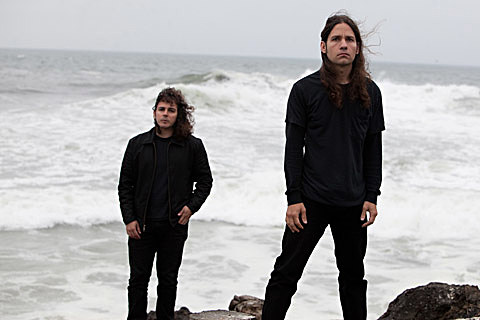 Two-man destruction unit Black Cobra returns with Invernal, the band's new LP due on 10/11 via Southern Lord. Invernal holds no tricks or left turns as to what we've come to love about the big-riff guitar duo, just another eight tracks of bulldozing sludge accompanied by a pounding drum assault. There is no dimmer switch for a band like Black Cobra, only off-and on... and that's definitely what we love about them. Pre-order your copy now and stream Invernal in full below and for a limited time; the stream will come down when the LP is released.

Black Cobra are heading out on the road for a string of dates with Kyuss Lives! and The Sword which will include Wellmont Theater on 12/10. Tickets are still available.

Tour dates and LP stream is below.

--
this stream is now gone. support and buy the album!...