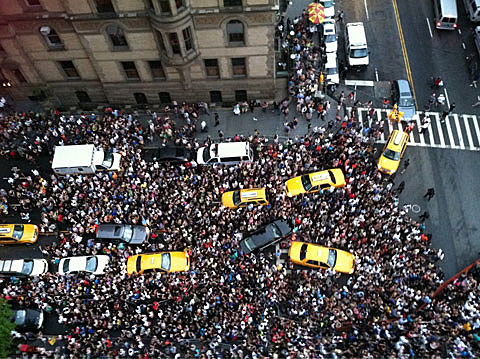 Stormy weather forced the cancellation of a concert by the Black Eyed Peas that was to take place on the Central Park Great Lawn on Thursday night for an expected audience of 60,000.

The concert's pre-show was canceled, and the main show's starting time was delayed twice due to the storms moving across the city, stranding thousands of fans on the streets of the Upper West Side. The gates were finally opened at 7:45 p.m., but about half an hour later, as lightning continued to streak across the sky and a light rain spattered the lawn, the concert was shut down.