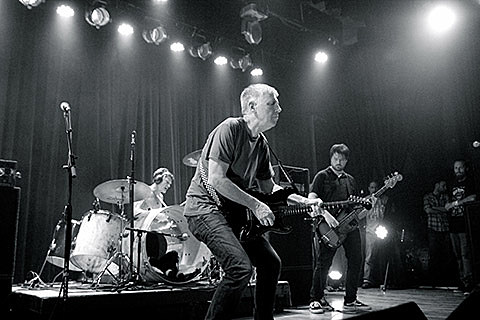 The current version of "Black Flag" (aka original guitarist Greg Ginn with three dudes who joined in the past year) treks on, playing increasingly smaller venues. When they first hit NYC it was for two Warsaw shows (at least one sold out) and a secret show at the very intimate Grand Victory. The second time was at Europa, and now they're coming back for a non-secret show at Grand Victory on October 2. Tickets go on sale Monday (8/11) at 8:55 AM.

The band's only other currently announced show is tonight (8/8) in Texas, the end of a month-long tour. All currently known dates are listed, with a video of them playing "Nervous Breakdown" in LA this past May, below...