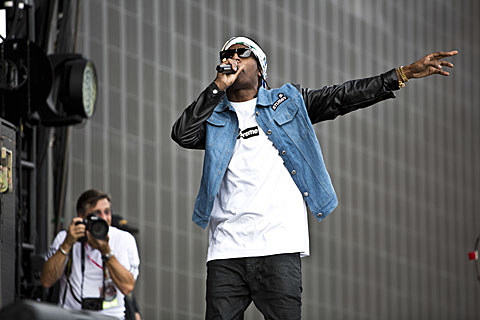 The Other Ball is a new annual live music event that raises money for Arms Around the Child, an organization that takes care of children infected/affected by HIV in Africa and India. The inaugural event takes place on December 10 at Highline Ballroom in NYC with sets from The Black Keys, A$AP Rocky, Miguel, Lyyke Li and Mikky Ekko. Jeff Bhasker is the musical director, Mark Ronson is hosting, and his sister Samantha Ronson will be DJing. The dress code for the event is "more black leather than black tie," and there will be a "flowing bar and exquisite tapas." Regarding the event, a press release (via Broadway World) reads:

"When Mark approached us about 'The Other Ball' and told us the incredible story of Arms Around the Child and Leigh Blake and her team's work to make positive change in the lives of helpless and exposed children across the world, there was no question regarding our support," says TOPSHOP TOPMAN. "This event will bring creative hearts and minds together in one of this year's most exciting events and will no doubt raise awareness and much-needed funds to enable Leigh and her team to continue their invaluable work for these extremely vulnerable young people."

"I'm deeply honored to be involved in the first annual event for Arms Around the Child, The Other Ball. Leigh is a force of nature and through her tireless work and insane energy has launched two life-changing organizations, Red Hot and Keep A Child Alive, which have between them raised $50 million and helped to save over three million lives," says producer and artist Mark Ronson. "Leigh puts on some of the most memorable events. The Black Ball, the annual fundraising event for Keep a Child Alive, has featured mini concerts with everyone from Adele to Jay Z. The Other Ball is going to be its cool little sibling."