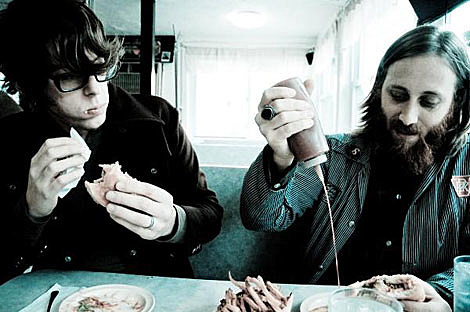 In 2009, both halves of The Black Keys kept remarkably busy with their separate and joint projects. Drummer Patrick Carney released a record and toured with his new band Drummer, while singer/guitarist Dan Auerbach put out his own record (a solo album) and two tours.

Both members were also part of the BlackRoc record, which paired their instruments with rappers like Mos Def, Pharaoh Monch and Q-Tip.

They also found time to play shows as a band, one being their New Year's Eve show in Chicago opened by Kurt Vile.

In 2010, the band will be at the southern rock/blues/jam/funk-focused Wanee Music Festival (headlined by The Allman Brothers) in Florida this April. Full lineup (Sharon Jones, George Clinton, Widespread Panic and More) below. The Allman Brothers recently added some shows to their NYC run that happens even sooner, in March)

Black Keys will also be playing a ticketed show at NYC's Central Park Summerstage on Tuesday, July 27th. $35.00 Tickets go on sale Friday, February 5th at noon. Tinariwen was also just revealed as a band playing Summerstage this summer, though their show is probably free (thanks in part to the money raised by the ticketed shows like The Black Keys... and Pavement).

Videos, tour dates and the fest's lineup are below...

Dan Auerbach (The Black Keys) - What's In My Bag? 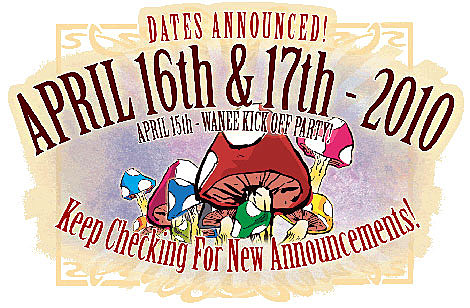