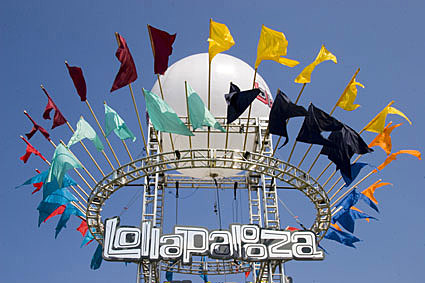 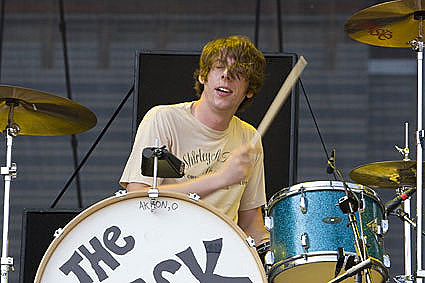 4:12 p.m.: The Black Keys draw a large crowd for their late-afternoon set, rewarding the growing throng with an array of scuzzy, blues-rock tunes ("Strange Times," "Girl Is On My Mind," "10 AM Automatic"). Unfortunately, sound issues on the northernmost stage rob the Akron, Ohio duo of much of its power (Dan Auerbach's guitar and vocals are significantly muted if you drift more than 100 yards from the stage). Moving closer to the stage helps the sound somewhat. "I thought it would be better up here," says Jon Schreur, 30, of Saugatuck, Mich. "From back there you couldn't even hear his voice. It reminded me of two years ago when Built to Spill played on this stage and it sounded terrible. And I love Built to Spill." (AD) [Chicago Tribune] 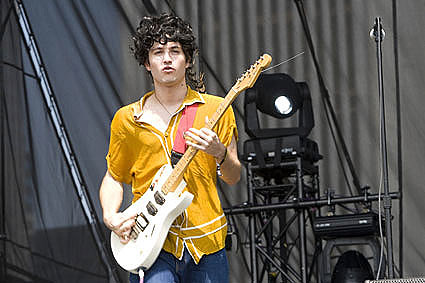 12:20 p.m.: It takes less than a minute for the Black Lips to knock over its first microphone. The scuzzy quartet, which seems to take its fashion advice from auto mechanics and dock workers, is a blur of screeching feedback, slapdash drums and sweat (witness a revved-up "Bad Kids"). But despite its chaotic stage presence, the Lips prove surprisingly tuneful throughout ("We try and keep that melody in there," says drummer Joe Bradley after the set). This is especially true of "Dirty Hands," a 1950s sock-hop throwback that sounds like the band's ragged take on a prom song. (AD) [Chicago Tribune]

Black Lips and Black Keys both played Lollapalooza on Friday August 2nd (so did Holy Fuck, Jeff Tweedy, Rogue Wave and Radiohead). The Black Keys play McCarren Pool in Brooklyn on August 7th (with Tapes n Tapes and Love as Laughter) (not free). Black Lips play McCarren Pool in Brooklyn on August 3rd (TODAY) (with Deerhunter and King Khan & The Shrines) (FREE). More pictures of both Black bands from Lolla, below... 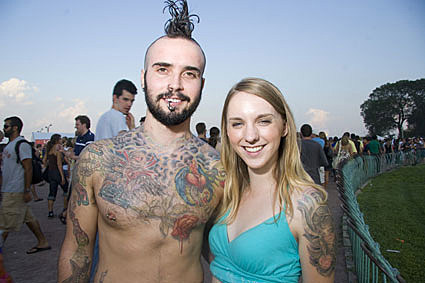 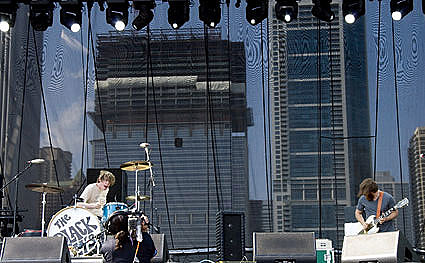 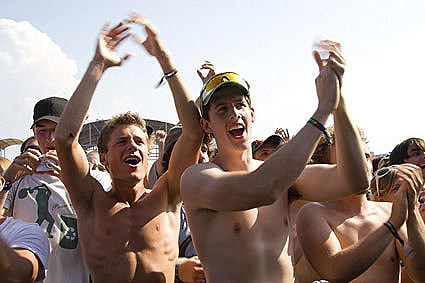 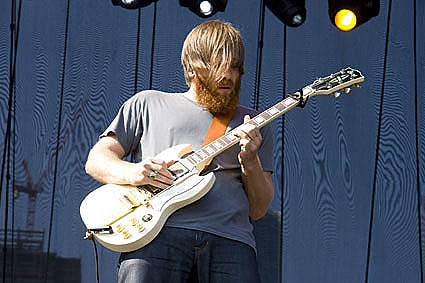 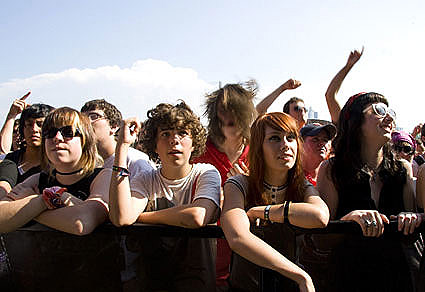 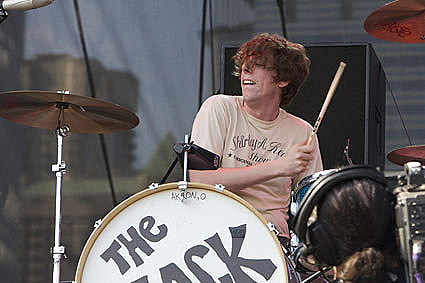 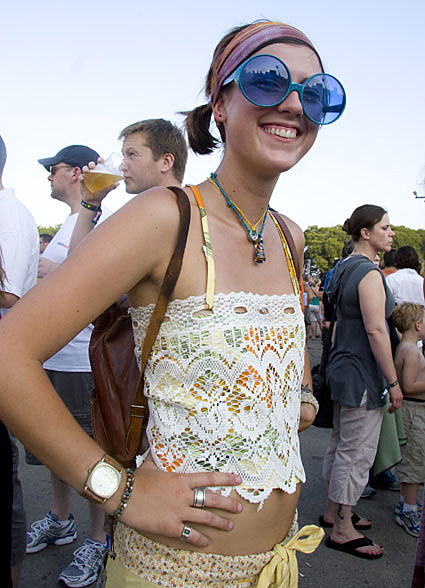 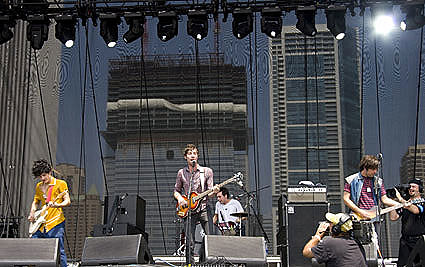 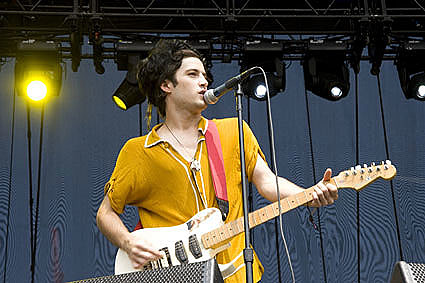 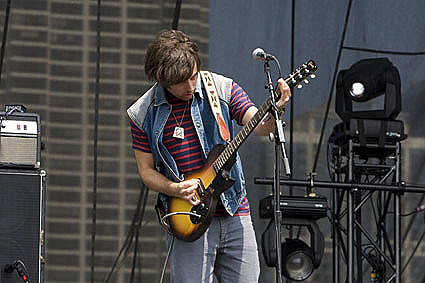 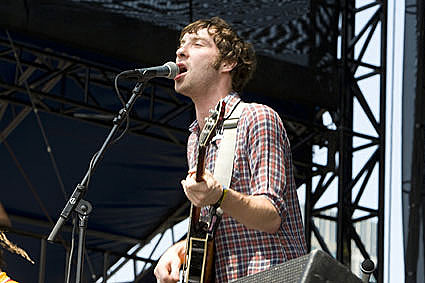 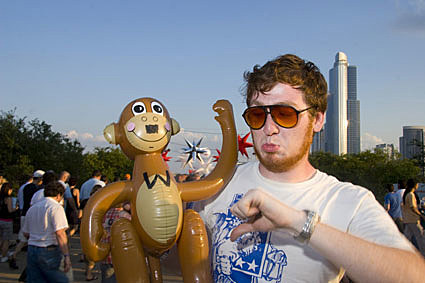 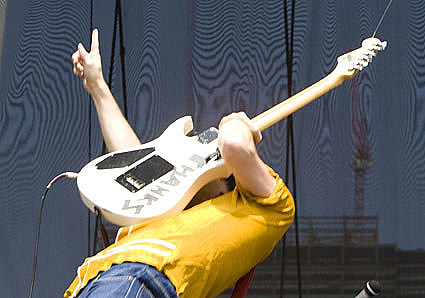