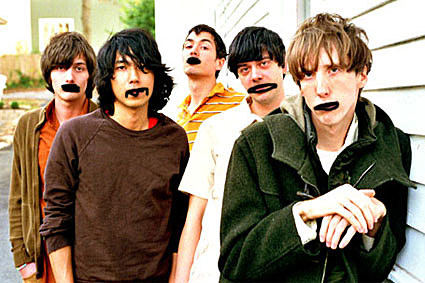 Pitchfork: Do you plan to interrupt recording at all this summer for any tours?

Cole Alexander: I don't want to tour so much. We're known as this touring band, and I'm kind of sick of that. I don't want to burn out by just being a live band, so I really want to block off the whole summer just to record. We'll do the occasional show here and there. I think we're doing a show at McCarren Park in New York with Deerhunter and King Khan and His Shrines, but, beside that, I want to focus on recording. I feel like, when we die, it's easier to live on through records than live shows.

Before that, The Black Lips are going on tour with the Raconteurs. (thx Frank!)