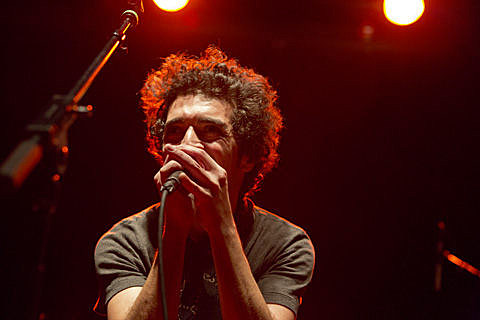 The Black Lips, whose Cole Alexander DJed a Yellow Dogs show in NYC in 2011, have posted a message to their Facebook regarding today's news of the tragic murder of two of Yellow Dogs' members:

We are very upset to hear that our friends in the the band yellow dogs were shot and killed in Brooklyn last night.We were first introduced to this band by the great film director Baham Ghobodi in his film No one knows about Persian cats.which showcased the alternative music scene In Tehran. When he heard that the band were in the states under refugee status we reached out to them to play a show with us at Webster hall they did and they were great. They were also nice enough to play our SXSW show case.This band risked there lives to escape Iran. They personally expressed to us how excited they were to be in the U.S where they could freely express them selves as artists. It is particularly sad that they were killed in America a place where they were supposed to have a new beginning. Yellow Dogs were really cool guys and we are gonna miss them. :( RIP