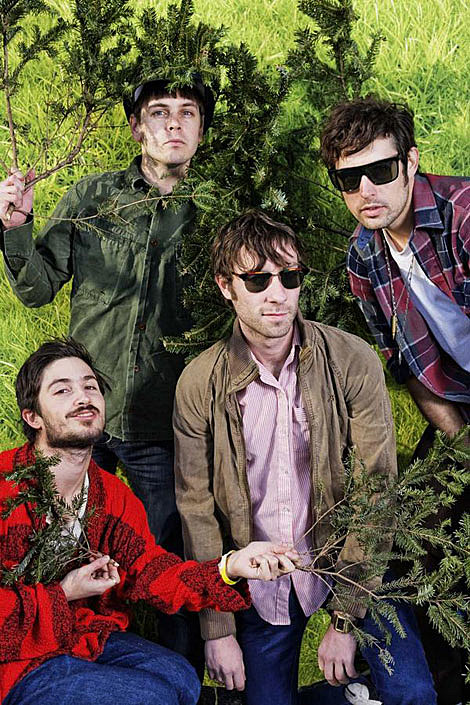 "Having previously conquered Mexico and the Holy Land, in this edition of Music World the Black Lips set out for a six-city tour of the Indian subcontinent.

While bringing punk to the second most populous (and first most insane) nation in the world may seem relatively cut and dry to you, the band quickly find their missionary work complicated by an endless series of unforeseen factors including crowded trains, extremely conservative and homophobic cops, cheap hash, guys in knitted caps, unlabeled pills, weird bathroom practices, the McDonalds Chicken Maharaja, a tour manager so shitty he's like the villain from a Beatles movie, starvation, excellent haircuts, secret whisky, and the half-buried skeleton of what's either a camel or a dinosaur."

That blurb is the description of a video documentary VBS.TV posted about the trip Black Lips took to India in January. Watch the whole thing below. Check out the two MP3's off their new album 200 Million Thousand, out now via VICE.

Now on tour, the Black Lips made a stop at Bowery Ballroom in NYC last night (3/9), and do it again tonight (3/10) at Music Hall of Williamsburg in Brooklyn. If you go, make sure you don't miss Let's Wrestle who are in NYC for a few shows before touring over to Austin for SXSW.

The latest tour dates, and those India videos, below...