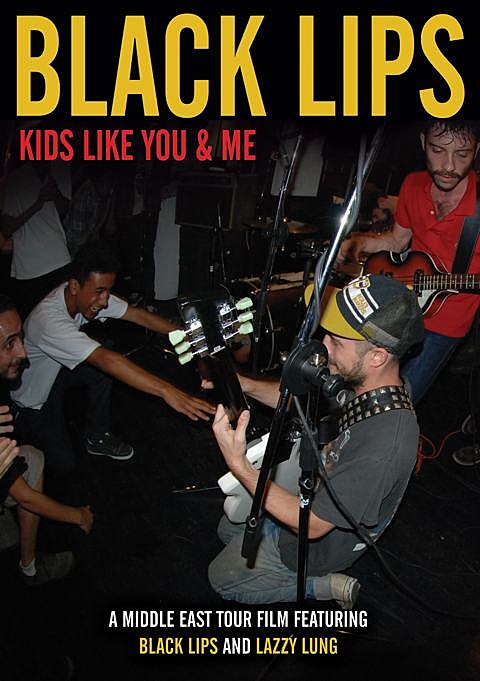 The Black Lips are about to start their East Coast tour which includes two NYC stops: Music Hall of Williamsburg on November 4 with Subsonics and Weird Womb, and Bowery Ballroom on November 5 with Tweens and Habibi. They're also playing NJ's Asbury Lanes on November 3 with Subsonics. Tickets those shows are still available. All upcoming dates are listed below.

In addition to their live shows, Black Lips will also be presenting the film Kids Like You & Me, which documents their 2012 tour of the Middle East a trek that took two years of planning and incurred no shortage of figurative and literal roadblocks. You can watch the trailer below. In NYC the film screens on November 4 at Nitehawk Cinemas at 7:30 PM (tickets) and on November 5 it screens at the Village East at 7 PM (tickets). All screening dates are in a flyer below.

Meanwhile, Black Lips good pals King Khan and the Shrines play a big gig tonight (10/30) at Webster Hall. These guys always put on a wild show and add in that it's Devil's Night and who knows what mischief they'll get into. HELL SHOVEL open the show, with DJ sets from Jonathan Toubin. Tickets are still available. If you haven't heard KK&tS' new album, it's terrific and can be streamed in full over at Merge's site.

And related, ATL garage rockers Carnivores (also pals of the Black Lips) are playing a NYC Halloween show at Shea Stadium where, in addition to their own stuff, they'll do a set as The B-52s. Other "costume" sets include Ava Luna (Tom Tom Club), Caged Animals (The Velvet Underground, which they announced well before Lou Reed's passing) and Bueno (Wu-Tang Clan). $8 at the door ($10 without a costume).

Black Lips tour dates are listed, along with the film trailer and screening dates flyer, below... 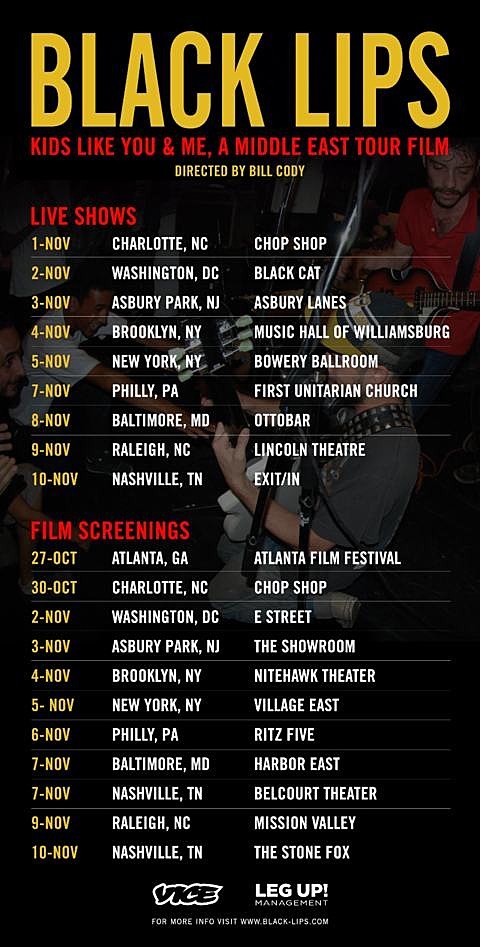