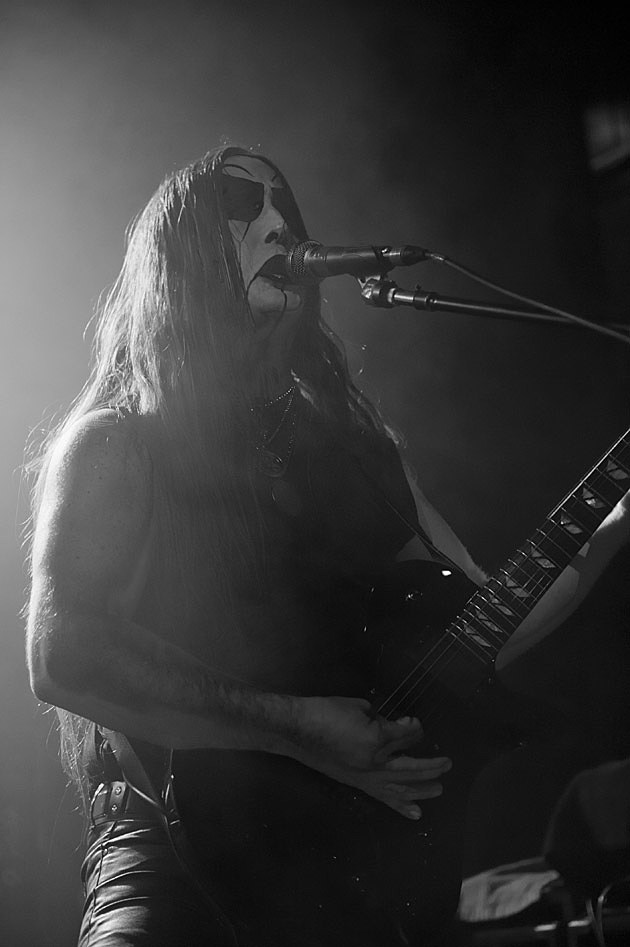 Here's a sample of what Jason "Dagon" Weirbach of Inquisition says to Decibel in a new interview:

And yes, [my 88MM side project] is what people--to a certain degree--think, but it's not a white power, Nazi... nothing. I thought, "Well, shit." One day I was watching, I think it was a documentary or I was reading books, you know, on all kinds of old military weaponry, and thought, "Whoa, 88 millimeter. Yeah. That's, like, perfect. It's like Mz.412's kind of style of name." And it's a brutal name, you know? That's exactly what it was. I mean, yes, it did cross my mind [that the number 88 has gone onto have significance in the neo-Nazi community in terms of a code for a "Heil Hitler"]. I thought, "Oh shit," about the 88 thing and what are people gonna think. And I thought, when it comes... I'm a purist in art, man, and I thought, "Well, I'm not gonna just cancel the idea because a few people might think, 'Oh wait, that might be...'" No. Because it's 88 millimeter.

About working with Antichrist Kramer:

Read the whole interview at Decibel which was a reaction to an article at Metal Injection which was inspired by a blog post at shamelessnavelgazing which included a slight criticism of an interview at our own metal blog Invisible Oranges where we do question Dagon about Inquisition's song "Crush the Jewish Prophet", but don't push him harder after he responded like this:

Jesus was Jewish according to the know-it-all people. How that is offensive? I don't know. Not too surprising that the word "Jewish" hits some nerves though, like "don't go there, go anywhere but there." "Crush the Black Prophet" would not have sat well, "Crush the White Prophet" would definitely be questionable. The original title makes sense.

What is ironic is that some argue that he was not a prophet at all, rather God himself. The followers can't even agree at times which of the two he was: God or a prophet. Confusion. Just like confusion in our scene: people want their music extreme with this vicious edge but they raise red flags if something seems to be going in a particular direction that may be hitting home.

In the future, making statements of any kind is always possible. I have been told that speaking your mind is respectable. When a band plays it safe all the time, you can't help but wonder if some people have forgotten what Metal is about.

Racist? In the closet racist? Not racist? Ex-racist that won't admit being racist? Just trying to be extreme? "Extreme" is no excuse for racism? What do you think?

Inquisition recently played Irving Plaza as part of the Metal Alliance tour, which also brought them to Brooklyn for an EASTER show at Saint Vitus with tourmates Goatwhore, 1349, Inquisition, & Black Crown Initiate. Behemoth are also on the tour with ends in Seattle this weekend, but only played Irving in NYC.