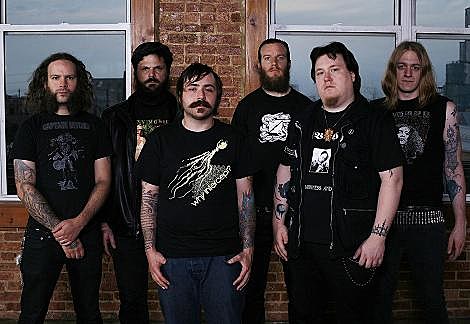 "A tattoo artist raped his girlfriend using tattoo tools above a near West Side tattoo parlor, authorities allege.

Jef Whitehead, 42, allegedly choked and beat his 26-year-old girlfriend unconscious by banging her head against a wall above Taylor Street Tattoo and Piercing, 1150 W. Taylor, in t he early hours of Saturday morning.

He also attacked her with a pair of scissors, it's alleged. When she regained consciousness she discovered she had been sexually assaulted with the tattoo tools, Assistant Cook County State's Attorney Tom McGuire said. Whitehead then allegedly knocked her out again, McGuire said. When the victim woke up she was in the street outside the parlor, he added. A heavily-bearded and tattooed Whitehead was dressed all in black as he appeared before Judge Israel Desierto Sunday morning.

Wearing a hooded sweater with the words "stop the madness" printed on it, he was ordered held on bail of $350,000. Whitehead is from California but he and his girlfriend had recently arrived in Chicago and were considering making it their permanent home, McGuire said." [Chicago Sun Times]

What the article doesn't mention is that Jef Whitehead, aka Lurker of Chalice aka Leviathan, is also a highly regarded US Black Metal musician. Leviathan's Massive Conspiracy Against All Life was one of my favorite LPs of 2008 and his catalog has quite a few other highlights. Whitehead, aka "Wrest", also collaborated with Nachtmystium and Sunn O))) among others, and was also a member of the band Twilight alongside Aaron Turner (Isis), N.Imperial (Krieg), Blake Judd (Nachtmystium), Stavros Giannopolous (The Atlas Moth), and Sanford Parker (Minsk). The "supergroup" released Monument to Time End last year and it ended up on a few "best-of" lists.