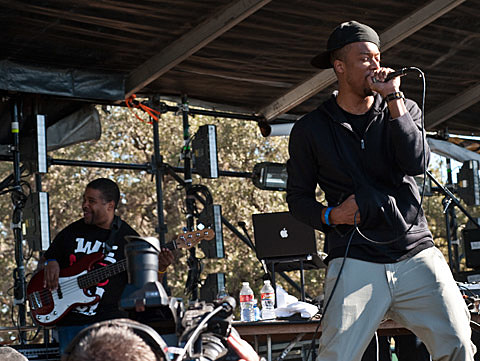 As revealed on twitter, Black Milk will open the previously discussed Lauryn Hill show at Highline Ballroom on Saturday (6/2). He'll be playing with his live band Nat Turner (aka Aaron "Ab" Abernathy - keys/vocals; Malik Hunter - bass; Zeb Horton - drums) which he took on his February/March tour which included a Brooklyn show at Knitting Factory (2/29).

Tickets (which, as mentioned are $125 for general admission and $250 for VIP) went on sale today and are still available.

Check out some "backstage pass" videos of Black Milk and Nat turner from their recent tour below...