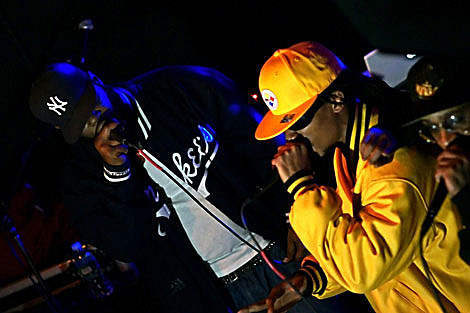 For those of you regretting the fact that you missed the great Black Moon & Smif-n-Wessun rip through their classic LPs, you're in luck! The two crews will once again team up to rock A Tribute To The Classics, AKA Black Moon's Enta Da Stage and Smif N Wessun's Dah Shinin', not one, but TWO times in the coming months (and that doesn't even count their appearance at June's Brooklyn Hip Festival).

One of those shows, August 12th in NYC's Brower Park is FREE. It's one of three free concerts the city is throwing in Browser Park this summer. Full schedule below.

So what the hell may top Black Smif N Wessun beltin' out the classics live, and for FREE? Well, the other 'Tribute To The Classics' show happens at Southpaw on May 23rd (THIS SATURDAY), and this time Black Moon and Smif-N-Wessun will share the bill with their Duck Down labelmates, the great Marco Polo & Torae! Tickets are still available for the Brooklyn show.

..On his 2007 critically acclaimed album Port Authority, Polo recruited a who's who of MC's like Kool G Rap and Kardinal Offishall to ride over his hard-hitting, boom-bap instrumentals. Torae, on the other hand, has certified his rep as one of the game's illest lyricists in a similar fashion with remarkable wordplay on his highly touted 2008 street album Daily Conversation. So, in the spirit of great hip-hop duos, the producer and the MC signed with Duck Down Records in 2009 to release their collaborative album Double Barrel.

Double Barrel pays homage to New York's mid-'90's rap scene, when artists like Gang Starr and Wu-Tang Clan reigned supreme... Throughout the album pays homage to the genre of rap that influenced the duo and even features critically acclaimed heavyweights like M.O.P., Masta Ace and Sean Price to help balance out the track list.

Marco Polo & Torae's new album, Double Barrel, is due on June 2nd. Look for the duo to bless the legendary Fat Beats with an in-store performance on the same day, and they too will be playing at this year's Brooklyn Hip Hop Fest. Check out two tracks from their record above.

Fliers and Brower Park dates below.... 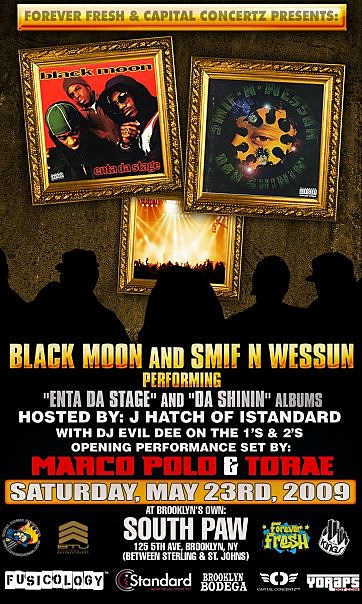 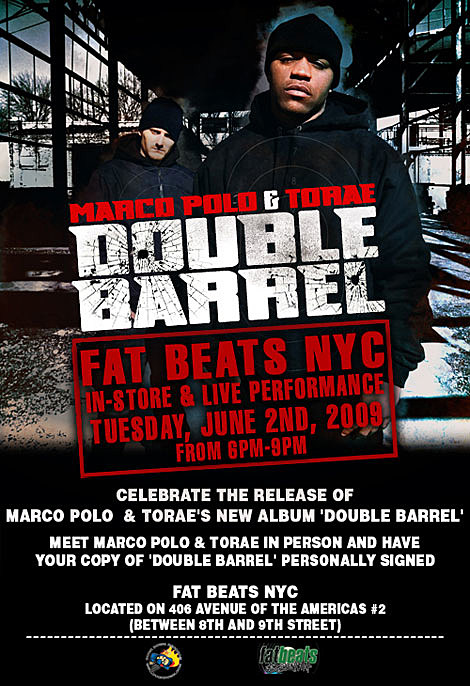