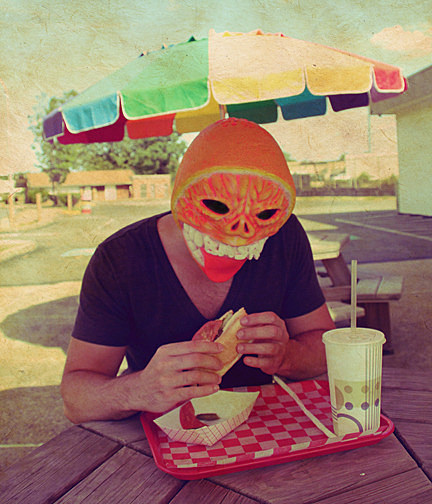 Psych synthesists Black Moth Super Rainbow are preparing to self release their new album, Cobra Juicy, on October 9 and though they record all of the music themselves at no cost, they're funding the album on Kickstarter to offer different physical versions of it. As with all Kickstarter campaigns, different levels of donations get you different rewards, and for this album they vary from a simple CD release to vinyl in a lenticular sleeve, to a limited edition mask emulating the "Ugly Orange Head" that graces Cobra Juicy's album artwork. That's a picture of the mask being worn by BMSR leader Tobacco above. The cover art version is below.

The band have revealed two tracks from the album so far, "Spraypaint" and "Windshield Smasher," both of which you can stream below. Both tracks are still weird, but "Spraypaint" is actually a pretty beautiful sounding song as far as BMSR go.

The band will be supporting the album with a US tour this fall which comes to NYC for shows on December 5 at Bowery Ballroom and December 6 at Music Hall of Williamsburg. Tickets for the MHOW show go on sale Friday (7/27) at noon with an AmEx presale starting Wednesday (7/25) at noon. There is currently no ticket link for the Bowery Ballroom show.

A list of all dates, song streams, and cover art are below. 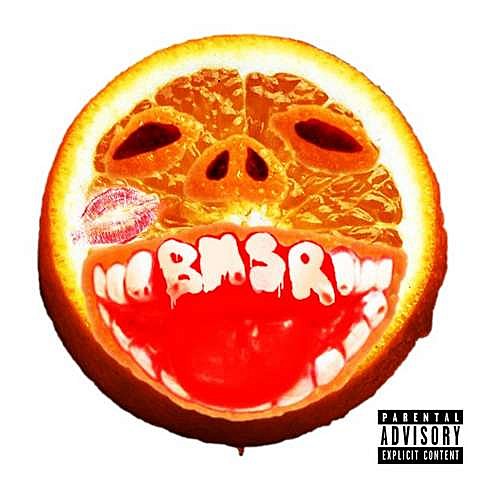