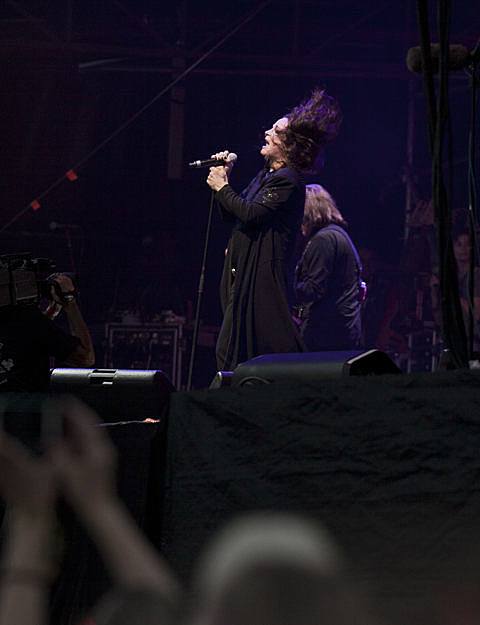 BIRMINGHAM, ENGLAND (January 13, 2013)--Today, the 13th of January 2013, rock legends BLACK SABBATH have announced the title of their new album, 13, which will be released this June (exact date TBA). The original BLACK SABBATH--OZZY OSBOURNE (vocals), TONY IOMMI (guitar) and GEEZER BUTLER (bass)--have recorded the album primarily in Los Angeles and were joined at the sessions by drummer Brad Wilk (Rage Against The Machine). Produced by Rick Rubin (seven-time Grammy winner, two of those as Producer of the Year), the album will be released on Vertigo (worldwide) and Vertigo/Republic in the U.S. 13 marks the Grammy-winning, Rock and Roll Hall of Fame inductees' return to Vertigo, the band's original label; it's the group's first studio album together since 1978's Never Say Die! They have sold over 70 million albums together.

In advance of the album's release, BLACK SABBATH will head to New Zealand, Australia and Japan for live performances (see below for tour dates). Additional tour plans will be revealed in the coming months.

Not surprisingly but sadly, drummer Bill Ward is nowhere to be found in the announcement. The initial list of 2013 tour dates, including Ozzfest in Tokyo, is below...