When Ozzy Osbourne announced his new album Patient Number 9, he revealed that it would be the first Ozzy solo album to feature his Black Sabbath bandmate Tony Iommi on a song. That song, titled "Degradation Rules," is out now, and its sludgy, doomy attack feels like it's definitely modeled after classic Sabbath, with some bluesy harmonica (à la "The Wizard") for good measure. All things considered, it's not bad at all and you can hear it below. Pre-order the album on vinyl, cassette, or vinyl bundled with a comic book designed by Todd McFarlane, in our store.

Ozzy is also revealing the artwork for that comic book when he makes his Comic Con debut in San Diego today (7/22). Via press release:

OZZY OSBOURNE will make his debut at this year’s SAN DIEGO COMIC CONVENTION (Comic-Con International) on Friday, July 22. OSBOURNE and Todd McFarlane will reveal artwork for the limited-edition special McFarlane-designed comic book (that is available that is part of some of the special edition album packages) along with a signing at the Stern Pinball/Rebellion Republic booth, further details of which will be announced soon. In addition, today the two revealed the alternate cover for the limited-edition cover variant of OSBOURNE’s new PATIENT NUMBER 9 (out September 9 on Epic) album with artwork by McFarlane and Jason Shawn Alexander.

Vide that alternate artwork and listen to the new song below. 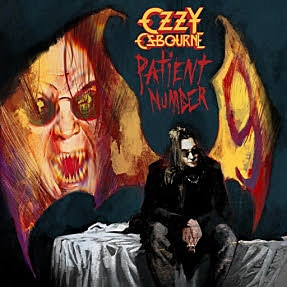