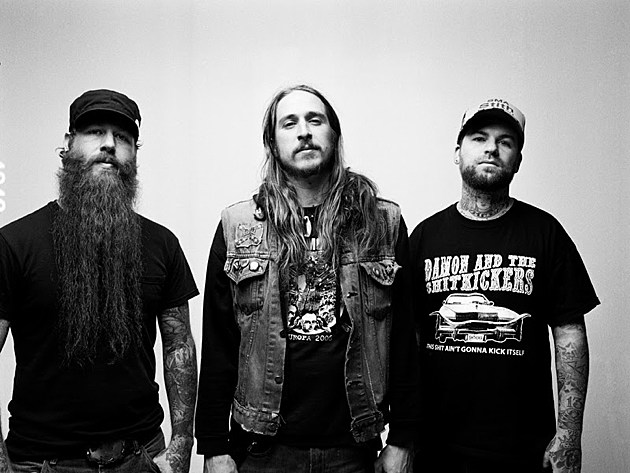 Black Tusk will release their new album Pillars of Ash on Friday (1/29) via Relapse (pre-order). They've already shared a few singles, and now they're streaming the whole thing. It's the last recordings they made with bassist Jonathan Athon, who sadly passed away in 2014, and Joel Grind of Toxic Holocaust produced it. While their fellow Georgia sludge pals Baroness, Kylesa and Mastodon head into more melodic territory, Black Tusk are the ones staying massively routed in hardcore punk. All of those bands have gone on to make interesting music in their own ways, but if you wish Kylesa still sounded like their pre-Spiral Shadow era, then in 2016 Black Tusk is the band for you. It's not like Black Tusk haven't done this kind of thing before, but they seem angrier and more consistently fast this time. This thing whips past you at full-speed, and it's sure to knock you out every time. Check it out below (via Noisey).

The band is also touring, including a run with Holy Grail that hits NYC on February 27 at Saint Vitus with Blackest and Mammal. Tickets for that show are still available. All dates below.