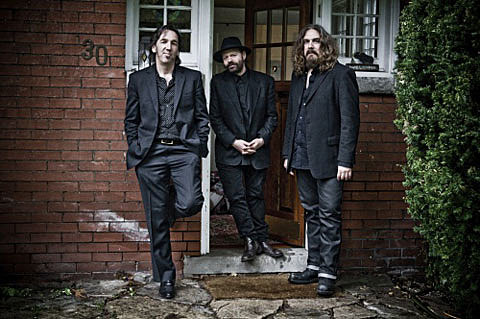 Canadian folk/alt-country band Blackie and the Rodeo Kings are set to release Kings and Queens today (6/14) in the US via Music/Dramatico/Universal. The album features a different female vocalist in each track, and the list is pretty impressive. It includes Lucinda Williams, Mary Margaret O'Hara, Exene Cervenka of X, Sara Watkins of Nickel Creek, Emmylou Harris, Rosanne Cash and others. Full tracklist below.

The band plays The Living Room TONIGHT (6/14). Tickets are available. They play at 9 PM before Joseph Arthur plays one of his 10 shows at the same venue at 10 PM.

No special guests are announced, but we know at least one of the artists that appears on the album is probably in town. NYC resident Rosanne Cash, who spends much of the summer touring to promote her music and a book, has no dates scheduled before this Thursday (6/16) when she plays as part of Hal Wilner's 'Freedom Riders' show with Lou Reed, Tao Seeger, and others.

Lucinda Williams also has shows coming up too. She plays Wellmont Theatre on July 20 (tickets) and Beacon Theater on July 21 (tickets) with Amos Lee.

Emmylou Harris plays Summerstage on July 18 with the Levon Helm Band and Hayes Carll. Tickets are still on sale.

Exene Cervenka will be in NYC with X in September and October.

I don't know if Sara Watkins is on tour with the Decemberists (who play Prospect Park tonight), but she did play with them at the Beacon Theater in January.

All B&RK tour dates, album art, and tracklist below... 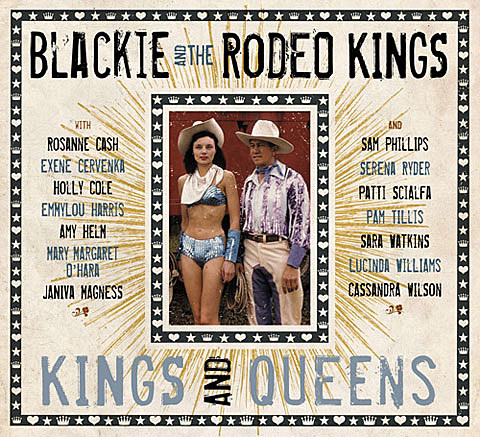