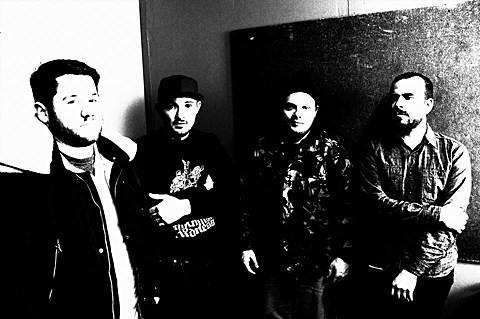 Philly hardcore experimenters Blacklisted already appeared at This Is Hardcore, Deathwish Fest, and a NYC one-off this year, and now they've got two more shows scheduled for 2014: one in NYC and one in Philly. The Philly show is 11/15 and the NYC show happens one day later on November 16 at the Acheron with Brain Slug and Razorheads. TIckets for that show are on sale now.

Blacklisted will also finally be releasing a followup album to 2009's excellent No One Deserves To Be Here More Than Me next year. No release date has been set yet, but it's called When People Grow, People Go. They played the title track at their NYC show in June, and you can watch a video of that below.

Blacklisted singer George Hirsch also put out a solo album with his Harm Wulf project this week last year on Deathwish. It's called There's Honey In The Soil So We Wait For The Till, and abandons the hardcore of his main band in favor of pulling from dark folk. You can stream that below too.

Blacklisted - No One Deserves To Be Here More Than Me (2009)