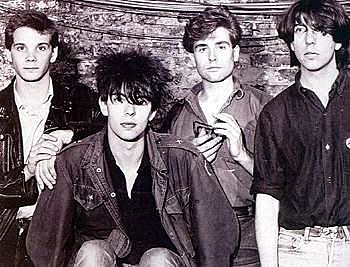 The biggest event of the week, at least in some circles, is Echo & the Bunnymen's show at Radio City Music Hall on Wednesday (10/1) where they will be playing their classic 1984 album, Ocean Rain, in full with a 16 piece orchestra. The idea of hearing "The Killing Moon," "Silver" and the gorgeous title track in their proper string-swept glory is pretty enticing, as is witnessing the album's weirder moments, like "Thorn of Crowns" and "The Yo-Yo Man," which they probably haven't played in 20 years.

This is the second of three Ocean Rain concerts the band are doing, and at the September 12 Royal Albert Hall show they broke the night into two sections: opening with a 12-song set of hits ("The Cutter," "Lips Like Sugar," "Villiers Terrace," etc) and then a short break before getting into main event. I imagine we'll see a similar (if not exact same) set on Wednesday. Good tickets, which aren't exactly cheap during these wintry economic times, are still available.

Added value: openers Glasvegas (who I've written about before) for which, thanks to some some visa issues, may be their first American show and whose album is currently in the UK Top 20. They're also playing a sold-out show at Mercury Lounge on Saturday (10/4) and a few more U.S. show as well. 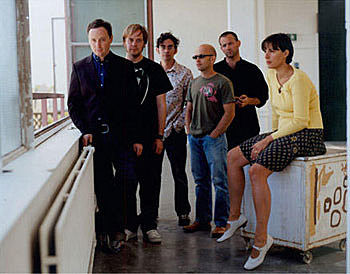 The other big event this week, in my mind, is Stereolab's three-night stint at The Filmore at Irving Plaza. Tim, Laetitia, et al are supporting what I think is their best album in a decade -- the tight, bouncy, poppy Chemical Chords. I've seen a handful of Stereolab over the last 15 years (most recently Town Hall in 2006) and they've always been good but I'm hoping these will be especially memorable, especially coming off such a stong album. And though Chemical Chords is short and punchy, you can still expect some 10-minute one-chord jams. It is Stereolab after all.

Tuesday night I'll be at the Bird and the Bee at the Spiegeltent. 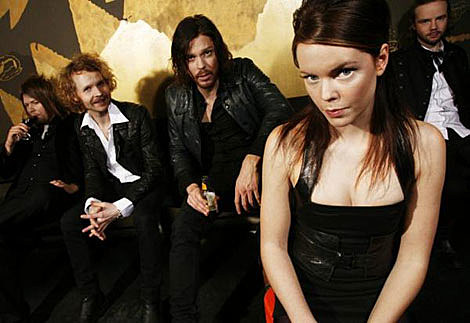 And finally, looking ahead a couple weeks, Sweden's Blackstrap are heading to the U.S. for a short American tour, including some CMJ dates. Mixing shoegaze and straight-up rock, Blackstrap fit somewhere between Serena Maneesh and Soundtrack of Our Lives on the Swedish sonic landscape. Blackstrap have flown a bit under the radar compared to other Swedish bands of the moment, but their new album, Steal My Horses and Run, is out now on TeePee Records (where they fit quite comfortably beside labelmates The Warlocks and The Brian Jonestown Massacre). It's one of the better produced rock records I've heard in a while and really makes we wish I still had a car. Blackstrap are great crank-it-up driving music. They're also one of these bands that when you hear the record you just know they're going to be good live.

All tour dates and videos below....