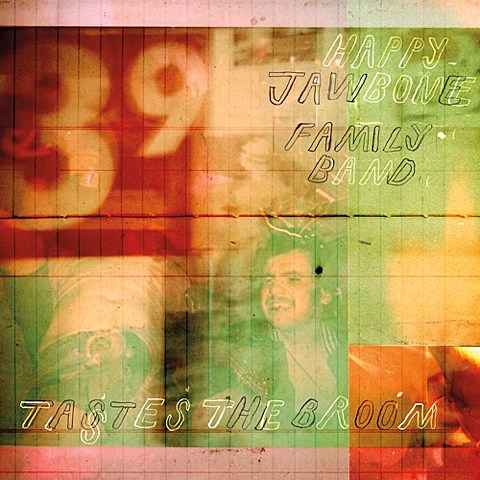 Attention Vermont hippies living in Brooklyn! Blanche Blanche Blanche, who released the impressive Wink With Both Eyes in 2012, will be teaming up with fellow VT psych poppers Happy Jawbone Family Band, Ryan Power, and Son of Salami for a show in Brooklyn on March 17 at 285 Kent. Tickets for that all-around great bill are on sale now.

Blanche Blanche Blanche are set to follow Wink With Both Eyes with a new album, Wooden Ball, on March 5 via NNA Tapes. While Wink With Both Eyes saw the band interpreting '60s pop through a lens of chillwave similarly to Maria Minerva, the first single for their new album, "Rich Man," immediately shows they're on to new stuff. Sporting cleaner and larger production, the track hops manically from genre to genre in a Congratulations kind of way. You can stream that track below.

Happy Jawbone Family Band recently signed to Mexican Summer, and they're currently working on their first full length for the label, which they're doing with Jarvis Taverniere of Woods. But before we get that, the label released Tastes the Broom, a compilation of Happy Jawbone's pre-Mexican Summer material, and a great one at that. The group mixes psych pop and freak folk in a manner not unlike Akron/Family or early Animal Collective, and deliver it through a screen of lo-fi. You can download the album's opening track, "Now Everybody Rock Like You Got AIDS," above, or stream it at the bottom of this post.

Ryan Power released his debut full length, I Don't Want To Die, in 2012 via NNA Tapes, and he opts for smoother pop vibes than the rest of the bill, as you can hear by streaming the album's title track below.

Son of Salami is probably the quirkiest on the show, and he's planning his new album, Sontava Nights, for a release some time this year via Goaty Tapes. Our first taste of that album is the track "Baby Mayo," a captivating blend of VHS synths, cardboard drums, and singing-into-a-walkie-talkie vocals. You can listen to that one below too.

Happy Jawbone Family Band - "Now Everybody Rock Like You Got AIDS"