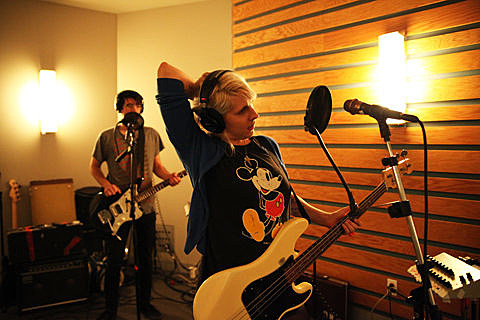 Bleeding Rainbow's new album, Yeah Right, is out next week. If you liked their single "Wasting Time" you'll probably really dig the new album which is full of hooky, noise-and-harmony filled guitar pop. Pitchfork is streaming the album in full despite giving the album a middling review. (The band and P4k writer Steve Hyden got in a bit of a Twitter spat over it.) Personally, I like it a lot.

The band are going on a short run of dates next month in support of the new album, including two shows in NYC: February 11 at Cake Shop (openers TBA) and February 12 at Glasslands with Habibi, Census and Spires. No advance tickets for Cake Shop but Glasslands tickets are on sale now.

All Bleeding Rainbow tour dates below...