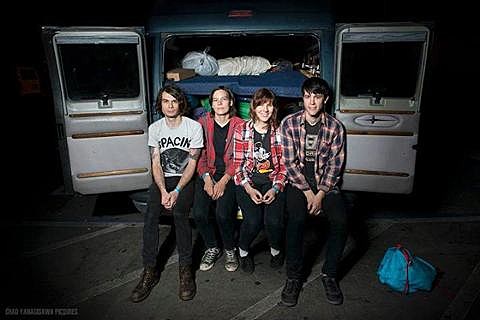 Philadelphia's Bleeding Rainbow are set to release their new album, Interrupt, on February 25 via Kanine. On it the band pretty much dispose of the shoegazier aspects of their sound, leaving lean, mean melodic rock with a definite punk bent. They haven't shared any of the new album with the internet yet, but hopefully soon.

You may have heard some of the new album live -- the band played a few shows in NYC at the end of 2013 and have more planned soon. Their next show here will be at Death by Audio on January 17 with more bands TBA. (Did you know BR painted the "Yeah Right" [also the name of their last album] mural in DbA's main room?) Bleeding Rainbow will play their hometown on Saturday (1/4) at Golden Tea House as part of super solid bill that includes Speedy Ortiz, Grass is Green and Hermit Thrushes. Then on February 8 they'll play Philly's First Unitarian Church opening for Mission of Burma (tickets). They'll also be playing the Savannah Stopover before SXSW.

Flyer for this weekend's Philly show is below... 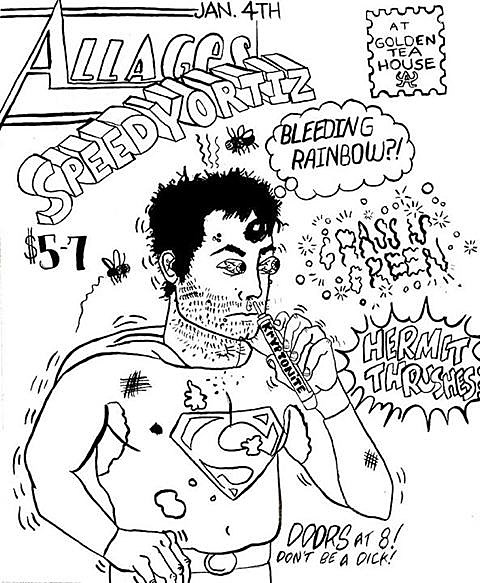