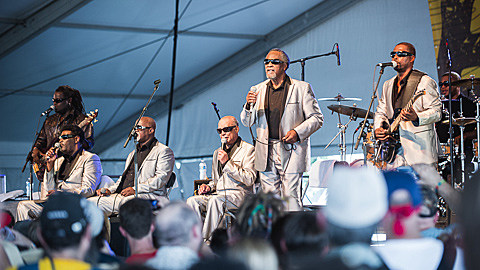 The Blind Boys of Alabama, whose new Justin Vernon-produced album is out now, just played Austin's ACL Music Festival on Friday (10/11) and their fall tour will hit NYC for a show at Terminal 5 on October 26 opening for Black Crowes. Tickets are still available.

But if you'd like to see them in NYC somewhere, sooner, smaller (much, much smaller), and for free, Blind Boys of Alabama will be here for CMJ and their only scheduled appearance is Friday (10/18) at Pianos (!!) as part of the Planetary Group day party that also features Courtney Barnett, TOPS, and more. The show is free but you do need to RSVP to attend. BBoA are on at 4PM and the full lineup/schedule is below.

The groups' new album, I'll Find a A Way, features guest appearances from Sam Amidon, Shara Worden of My Brightest Diamond, Merrill Garbus of tUnE-yArDs, Casey Dienel of White Hinterland, and Patty Griffin. You can stream it via Spotify. All tour dates are listed below. 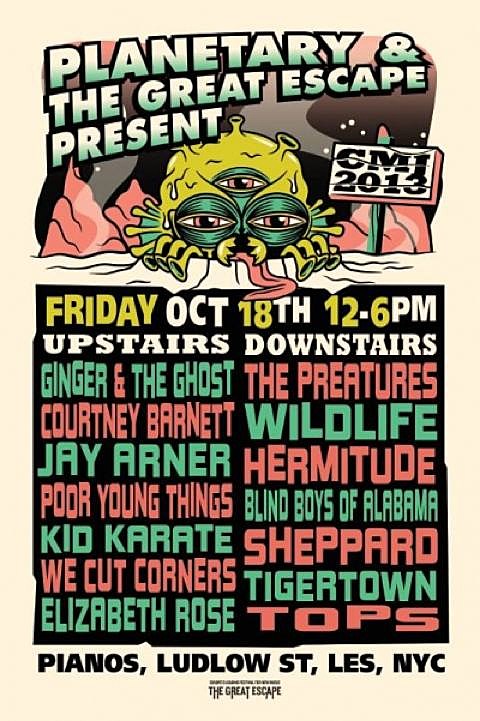