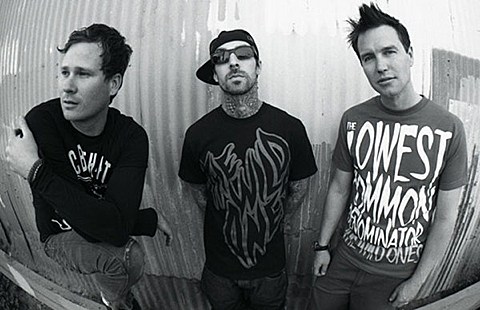 Blink-182's Mark Hoppus, Tom DeLonge and Travis Barker have announced a benefit show on Sept. 11 at Music Hall of Williamsburg in Brooklyn. The band will donate their entire fee from this intimate performance to benefit burn treatment centers, plus research and treatment for cancer, diabetes and other life-threatening diseases. The night before, on Sept. 10, blink-182 will perform at Sayreville, NJ's Starland Ballroom to support Sandy Relief as well as cancer and diabetes research and treatment.

As I mentioned last time we spoke, though it's easy to see this band as a goofy pop band, they're also very important and influential for a certain generation, and if you do have interest in seeing them, the chance to catch them at a place like Music Hall of Williamsburg is a pretty rare one. Remind yourself that you love those not-so-guilty pleasures with some videos, along with the list of updated tour dates, below.