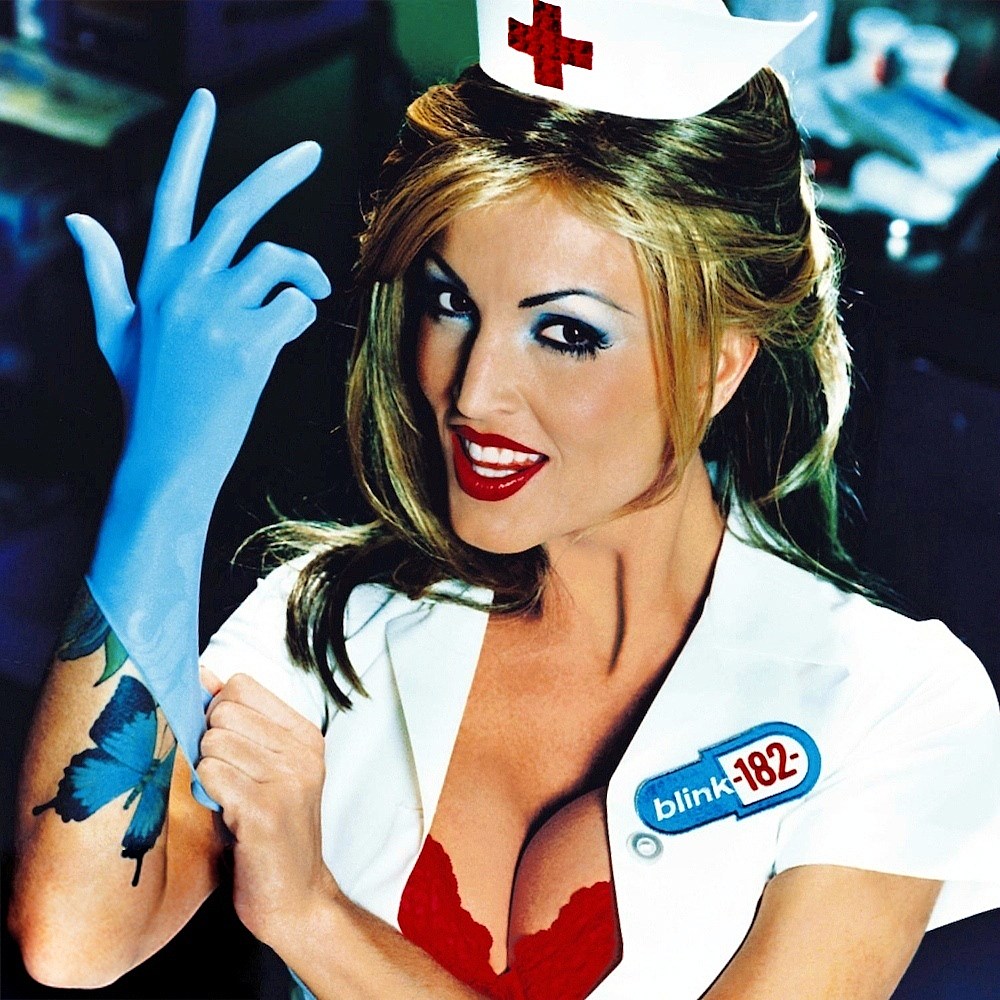 blink-182's massive breakthrough album Enema of the State turns 20 this June, and to celebrate, Mark Hoppus revealed that the band will perform the album in full when they headline Orange County's Beach to the Beach festival in April (which is co-presented by Travis Barker). Tickets for what just became a much more exciting festival are on sale now.

It'd of course be even more exciting if they got the Enema of the State lineup of Mark, Tom, and Travis back together for it, but Mark recently said in an interview with Pedestrian that there's no talk of a reunion, and Tom is busy with his History Channel show about UFOs.

Back To The Beach is the only date blink are confirmed to be playing EOTS in full, but they're headlining Riot Fest (which also celebrates an anniversary this year, its 15th), and it's a Riot tradition for bands to play albums in full. Will they perform it there too? blink are also playing the Atlantic City edition of the Warped Tour 25th anniversary celebration, and they plan to have a new album (which features Pharrell) out before then.

In 2017, we named Enema of the State the second best blink-182 album (only behind Dude Ranch), and here's part of what we said about it:

It's easy to see what turned the punks off about Enema of the State though. It's so polished that even Dookie sounds raw in comparison. blink's guitars never sounded so rubbery and synthetic before or after (at least not until California). Their punk roots are in your face but Enema is truly a pop album. And it's one of the best damn pop albums ever written. The first section of the album, tracks one through five (which all segue right into the next), is the best section of music in the band's entire discography. They begin with "Dumpweed," which kicks off with one of the band's strongest guitar riffs and shows off the new ferocity and technicality that Travis was bringing to the band. That leads right into "Don't Leave Me," Mark's best straight-up punk song on Enema. Then we're at "Aliens Exist," the song Tom used to introduce the world to his obsession with UFOs and aliens that he's now famous for (and also a really fucking catchy song). Then it's "Going Away to College," a teenage love song about exactly what the title implies, which really should've been released as a single. It's one of the most memorable, accessible songs the band ever wrote. Finally, "Going Away" fades out into the iconic intro of "What's My Age Again." This is blink-182's "Smells Like Teen Spirit," their "Stairway to Heaven." This is the massive hit song that you always think you're tired of hearing, and then it comes on and you're transported back to the first time you ever heard it. It's a perfect song, and the attention to detail at the end (the overlapping vocals, bringing the intro back into the mix) is the kind of in-studio work that blink had never mastered before Enema.

Before the blink-182 shows this year, Mark's new band Simple Creatures are playing some intimate shows, including a show on April 1 at Brooklyn's Music Hall of Williamsburg, which is not surprisingly sold out.

Watch some Enema of the State era videos below...