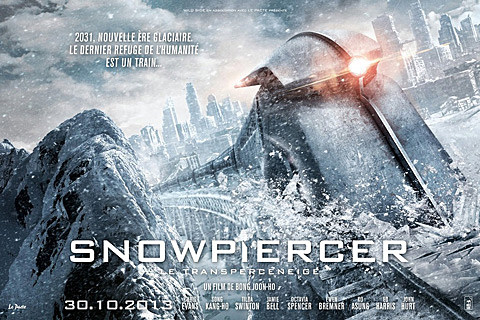 As mentioned, Louis CK went ahead and canceled Tuesday's MSG show due to Winter Storm Juno which is just starting to hit NYC and may drop two feet of snow. Mayor Bill de Blasio has declared a State of Emergency starting at 11 PM tonight. (Subways and public transportation close at 11 PM tonight too!) Here are some other blizzard show updates. If you are out tonight, please be safe!

Zola Jesus' show at Saint Vitus tonight is still on but set times are now earlier: 7 PM for UNIFORM and 7:30 for Zola Jesus.

Savages' show at Baby's All Right tonight has been postponed, and is now a late show on Thursday (1/29). All tickets honored, refunds available if you can't make the new date.

Tonight's Marilyn Manson show at Terminal 5 with Unlocking the Truth has been postponed till Thursday (1/29). All 1/26 tix honored. Refunds at point of purchase for those who can't make it. Their show on Tuesday (1/27) at The Paramount in Long Island has been postponed as well, details TBD.

Tonight's Action Bronson show at BB King's has been postponed till February 2. All tickets will be honored. Contact point of purchase if you cannot attend.

Bully at Pianos tonight has also been canceled due to weather.

Tonight's Steve Earle show at City Winery has been canceled.

Littlefield is closed tonight, so no Night Train with Wyatt Cenac. Tonight's other show, with TinyRhino, has been moved to next Tuesday (2/3).

Reverend Vince and the Love Choir plays every Monday at Union Pool but tonight's is canceled. He'll be back next week.

Tonight's Year and Years show at Le Poisson Rouge (which was to be their US debut) has been canceled, as has LPR's early show ("Glass & Blood"). Refunds for Years and Years available at point of purchase.

Similarly, the other Years and Years show (Rough Trade on Tuesday, 1/27) has been postponed. Stay tuned for the rescheduled date.

In other LPR news, Tuesday's art gallery opening for Alexander Kaletsky's "Inspirations" has been rescheduled for Thursday. Same time

Shows at The Living Room tonight have been canceled.

Tonight's Sharkmuffin show at Grand Victory has been postponed.

The final night of Vomitface's Cake Shop residency tonight has been postponed till Monday, February 2.

The newly refurbished Kings Theatre was to have had a "preview" performance on Tuesday (1/27) with the Brooklyn Youth Chorus and more but that has been canceled.

All Broadway shows are canceled tonight.