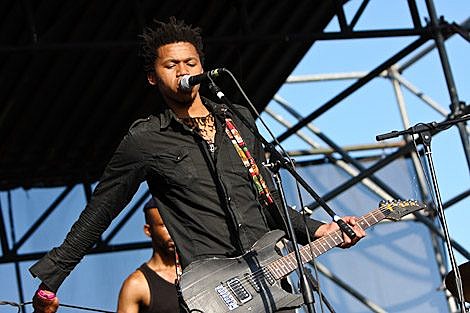 When the South African four-piece rock band BLK JKS headed to the United States to record their first full-length album last January, they left the blazing Johannesburg summertime for the depths of winter in Bloomington, Indiana.

Unused to the cold but eager to record, the band borrowed sweaters and spent 10 hours a day pounding out live takes until an album materialized.

"I saw it as an exorcism," guitarist Mpumi Mcata says. "We've been growing in the five years we've been together up to this point, and recording was like trying to remember our past. We needed to get something out of us quickly."

The nine-track debut draws from a wide array of styles, from the danceable tribal chants of "Molalatladi" to the moody guitar rock of "Cursor." The album's genre-hopping is founded on an appreciation of African-influenced arrangements, a trend that recently has been highlighted by indie acts like Vampire Weekend and the Dirty Projectors.

"The way people pick up different African styles has been happening for a long time, from African church songs influencing jazz in the 1920s," drummer Tshepang Ramoba says. "It's interesting to see them now coming to the forefront a little." [Billboard]

BLK JKS will be playing S.O.B.'s in NYC tonight (9/8) at their release party for After Robots, their debut full-length out today on Secretly Canadian. Also on the bill are HIGHLIFE and Janka Nabay. Tickets are still on sale.

The song "Molalatladi" off the new record is posted above. The album's currently streaming in full at JamBase, and, for a different take on the songs, check out what happened when the band recently visited Daytrotter.

Speaking of release parties happening tonight, Yo La Tengo is having one too. And so is Raekwon (who also has a show coming up at SOB's).

BLK JKS have a series of North American shows scheduled for the fall. Those dates and the album art and tracklist are below... 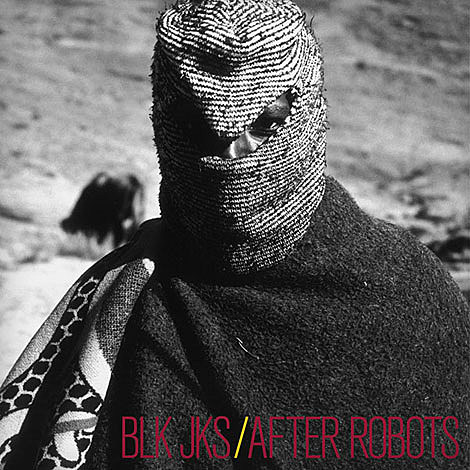 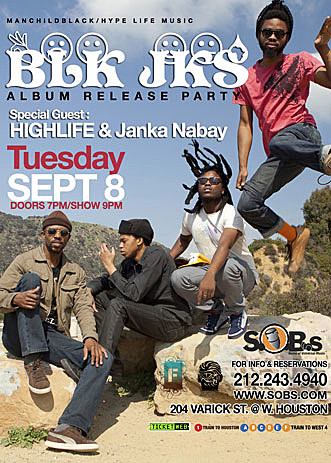