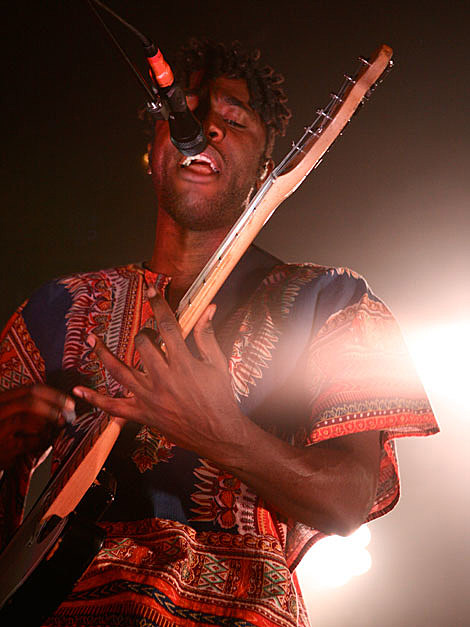 After rumors of Bloc Party kicking out frontman Kele Okereke circulated and were denied, Kele posted a note to the band's website stating that they've signed to Frenchkiss. He added, "Not only do we know and love the people at this label but we know and love this label's output. Frenchkiss has released some mighty fine music over the years, music that has gone on to influence this very band." Earlier this month, Bloc Party entered the studio to begin work on thee new record which will come out ont on the label.

Earlier this week, it was revealed that Bloc Party will be playing Lollapalooza in Chicago this August. Their trip to North America has just been expanded and now includes a few other dates surrounding the Chicago festival, including Terminal 5 on August 8 in NYC with Frenchkiss labelmates The Drums. It will be Bloc Party's first NYC show since they played the same venue over three years ago. Tickets for the NYC show go on sale Friday, 4/20 at noon with an AmEx presale starting Wednesday (4/18) at noon.

Meanwhile, you can catch The Drums in NYC even sooner when their tour with Craft Spells and Part Time hits Webster Hall on April 22. Tickets are still available.

All dates and some Bloc Party videos below...