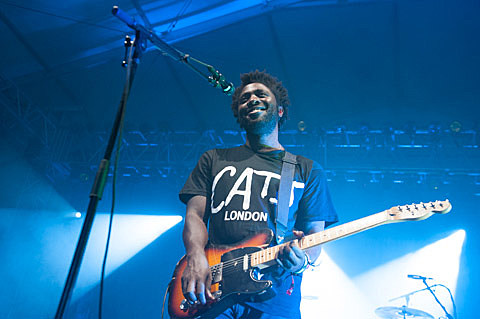 Bloc Party don't plan to tour for a while, but frontman Kele Okereke is staying active. He's got some US dates coming up in February, including a NYC show at intimate Brooklyn venue Cameo Gallery on February 13 with JDH (FIXED). Tickets for that show are on sale now. All dates are listed below.

Kele released a new EP in December called Heartbreaker, and also recently contributed lead vocals to the song "Turn It Around" by Sub Focus. You can stream the EP's title track and watch the video for the Sub Focus song, along with Kele's list of dates, below...