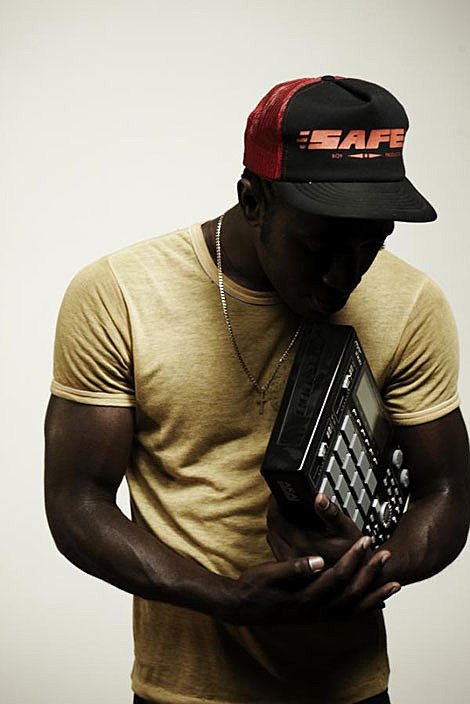 The Bloc Party frontman fell in love with the city while recording his debut solo LP 'The Boxer' and is determined to relocate within the next few months.

He said: "Making a record has really made me fall in love with New York. I'd never seen the soul of the city until I recorded my record there.

Kele will be playing his soon-to-be hometown with a Wednesday, August 4th show at Webster Hall. Tickets go on sale Friday at noon.

The debut was produced by XXXchange (who did Spank Rock's last record) and comes out June 22st on Glassnote. Its single, "Tenderoni" (hopefully a worth addition to the list of songs with that name), is expected before then.

Kele's band, Bloc Party, have been on indefinite hiatus since October - they played Terminal 5 last March.

When the band decided to take a hiatus after five straight years of touring, Kele had originally intended to walk away from music for a year. But when downtime presented itself, he found his creative impulses were too strong, and ended up booking himself some exploratory time in a recording studio on a whim. Alone with an engineer, he gravitated towards new instruments, hardly ever picking up the guitar. "I plugged in synths with no idea what they would do. I began programming drum beats, which I had never done before. It was completely back to the drawing board. It was exciting and terrifying. In most cases, I sat down, pulled a drum beat out of nowhere, and arranged stuff around that. It was as exciting to me as the first time I picked up a guitar."

In that dancy vein, Kele guested on a track on Tiesto's album that came out last year. That song, The Boxer tracklist and all tour dates (in Ireland, UK and Europe) are below...

Tiësto feat. Kele Okereke - It's Not The Things You Say