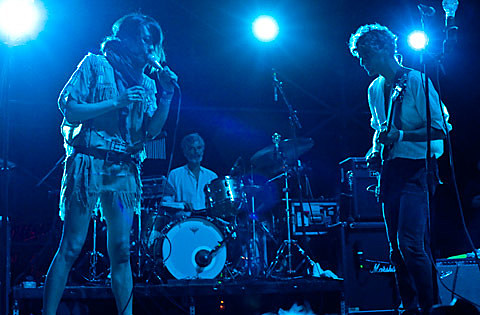 Blonde Redhead have been quiet for most of 2012 (perhaps spent writing songs for their next album) but will play NYC on New Year's Eve at Irving Plaza with openers Beach Fossils (whose new album features vocals from BR's Kazu Makino). Tickets are still available but if you'd like to go for free, we're giving away a pair of tickets. Details on how to enter are below.

For a glimpse at what Blonde Redhead did do this year, the band gave us a Top 10 of 2012 list that includes, travel, food, parties, memories, live shows... and albums too (Dirty Projectors made their favorite). Check out their list below. 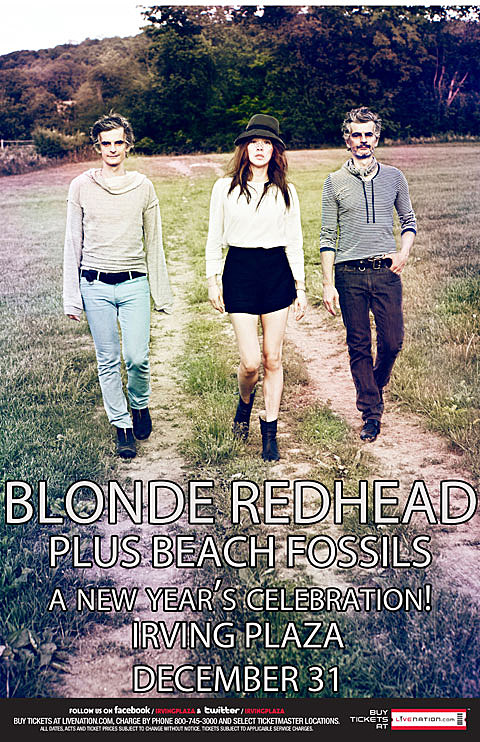 You can also check out Top 10 lists from Animal Collective and Beach Fossils.

======================
For a chance at winning a pair of tickets to see BLONDE REDHEAD AT IRVING PLAZA: either tweet something that includes both @BrooklynVegan AND "BLONDE REDHEAD" in the tweet, or send an email to BVCONTESTS@HOTMAIL.COM with the subject line "BLONDE REDHEAD". Include your first and last name in the email. We'll pick a winner at random and contact them with more details. If you enter by email, it will not be shared with anyone else. Good luck!
======================