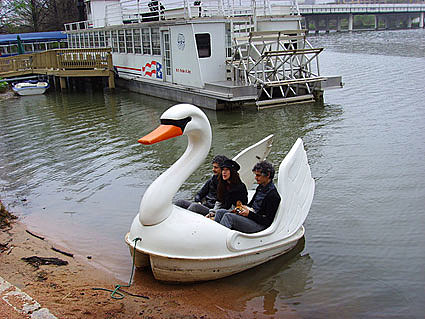 Winners of "Most Creative Video" in the first annual YouTube Video Awards, OK Go are in town to play the Theater at MSG with Snow Patrol and Silversun Pickups.

Jesse Malin is also playing Mercury Lounge on April 17th and April 21st. He played Bowery Ballroom on March 19th which was one day before his new album "Glitter In The Gutter" came out on Adeline (Warner).

Fountains of Wayne are playing Webster Hall on April 24th.

Fields are opening for Blonde Redhead at Webster Hall on May 8th. Tickets are still on sale. Is there any truth to the rumor that Blonde Redhead will be touring with Interpol soon? All Blonde Redhead tour dates below....