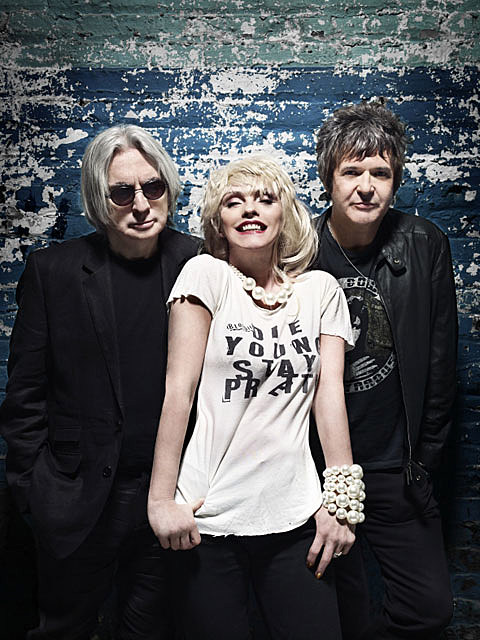 New wave/post-punk pioneers Blondie recently released Panic of Girls in the UK, their third album since reuniting in 1997, and ninth overall. The album includes the single "Mother," which they recently performed live and acoustic from Abbey Road. Check that video out, which includes an interview below. The music video, which B-52 Kate Pierson makes a cameo in, for the track is below too.

Panic of Girls now has a US release date of September 13 via the band's own imprint. They will head out on a North American tour in September and October in support of the album's stateside release. The tour hits NYC on September 12 and 13 at Highline Ballroom. Ticket info is not available yet, but check ticketweb for updates.

Beirut, whose track "Sunday Smile" is covered by Blondie on Panic of Girls, also has a North American tour around that same time. Beirut's tour hits NYC on September 21 and 22 at Terminal 5. Tickets for both of those shows go on Amex presale Wednesday (7/6) and general sale Friday. Listen to the cover below.

Speaking of Blondie covering indie bands, Debbie Harry contributed a cover of Franz Ferdinand's "Live Alone" to their Record Store Day Covers EP with help from the band themselves. LCD Soundsystem offered their take on the same song, though their cover is twice as long (obviously). Stream the entire EP below, which also features covers by Stephin Merritt, ESG, and Peaches. The Record Store Day release was a limited edition colored 12" vinyl. A few are available on ebay. The EP is also now available as a CD and black vinyl. CD versions are on sale at Amazon.

All Blondie tour dates, video, and the EP stream below...

'This is an EP of covers of our songs by people whose music we love.' - Franz Ferdinand